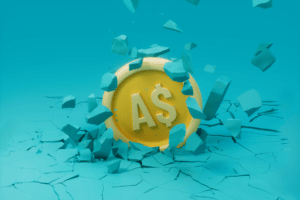 The Reserve Bank of Australia (RBA) has announced the launch of the pilot project to test the issuance of a CBDC (Central Bank Digital Currency).

Tests continue in Australia for the launch of its CBDC

The Reserve Bank (RBA) is reportedly collaborating with the Digital Finance Cooperative Research Centre (DFCRC) on a research project to explore use cases for a Central Bank Digital Currency (CBDC) in Australia.

The project is expected to last about a year and will involve the development of a pilot CBDC on a limited scale, working in areas interested in developing specific use cases, selected directly by the Bank and DFCRC.

The goal will be to demonstrate how the Australian CBDC can be used to provide value-added payment services for households and businesses.

At the end of the project, a report on the results will be published, including an evaluation of the various use cases developed. The findings will contribute to ongoing research on the desirability and feasibility of a CBDC in Australia.

Australia and the potential benefits of a CBDC

Australia is said to be ready to concretely test the much-vaunted potential benefits of a CBDC.

In this regard, Michele Bullock, deputy governor of the Reserve Bank said:

“This project is an important next step in our research on CBDC. We are looking forward to engaging with a wide range of industry participants to better understand the potential benefits a CBDC could bring to Australia”.

Andreas Furche, CEO of the DFCRC, also issued a statement:

“CBDC is no longer a question of technological feasibility. The key research questions now are what economic benefits a CBDC could enable, and how it could be designed to maximise those benefits”.

Along with the Reserve Bank and DFCRC, there will also be the Australian Treasury participating as a member of the project’s steering committee.

France is also working on its own Central Bank Digital Currency

Last month, the President of the French Central Bank, François Villeroy de Galhau, had announced that the bank was launching the second phase of testing a wholesale CBDC.

This is a second phase after the first one that was launched last October and concluded in December, on which tests had been conducted since June.

The President had explained that the first phase included nine experiments conducted hand-in-hand with the private sector and other public actors.

Today Australia, along with France, but also other governments such as Jamaica, the United Kingdom, Israel, and many others, are in their own ways trying to understand the benefits of having a CBDC.

The post Australia: new project to test a CBDC appeared first on cryptodailynews24.com.