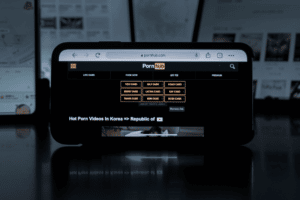 The decision was also extended to its parent company, MindGeek, which witnessed the suspension of purchases for advertising space.

The choice stems from a personal matter. In fact, the woman in question sued both Visa and MindGeek for sharing a sexually explicit video in which she is filmed by her boyfriend at the age of 13.

Last Friday, the day after the investigation began, a California federal judge denied Visa’s motion to be allowed to dismiss the charges.

From what transpires, the two payment giants, Visa and MasterCard, allegedly knowingly facilitated the dissemination of child pornography, despite knowing that MindGeek also monetized through such content.

The position taken by Visa and MasterCard

Al Kelly, CEO and President of Visa, said he strongly disagreed with the decision made by the court:

“Visa condemns sex trafficking, sexual exploitation, and child sexual abuse. It is illegal, and Visa does not permit the use of our network for illegal activity. Our rules explicitly and unequivocally prohibit the use of our products to pay for content that depicts nonconsensual sexual behavior or child sexual abuse. We are vigilant in our efforts to deter this, and other illegal activity on our network”.

The measure was also disclosed in an official statement from the company, where they stress, precisely, that they do not tolerate the use of their network for illegal activities.

Kelly then goes on to say:

“It is Visa’s policy to follow the law of every country in which we do business. We do not make moral judgments on legal purchases made by consumers, and we respect the rightful role of lawmakers to make decisions about what is legal and what is not.

Accordingly, Visa can be used only at MindGeek studio sites that feature adult professional actors in legal adult entertainment”.