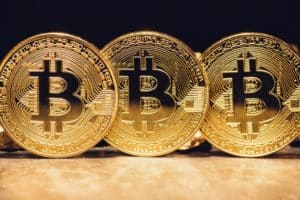 The bug on exchange rates: the new Bitcoin scam

The creation of Bitcoin has brought many benefits to the financial system and with it, unfortunately, all kinds of scams aimed at deceiving others.

The world of cryptocurrencies, in addition to the beauty, wealth and technological innovation it has been able to bestow, has always been filled with deceptions around the corner. As the market evolves, so do the types of scams, in which attempts are made to trick the less experienced user.

Kaspersky, the well-known Russian cybersecurity company, has sounded yet another alarm bell in the crypto world.

We’re not talking about hacks, phishing attacks or famous rug pulls, but a simple scam concocted especially for those new to the industry and those looking for easy gains in the wonderful world of the Internet.

YouTube and fake channels, this is how it is organized

It all stems from a fake YouTube channel, created specifically with one purpose: to attract as many naive investors as possible.

The channel presents a single video, in which this incredible opportunity to generate profits is presented.

This is accompanied by comments posted specifically by bot accounts, which attempt to entice people to exploit the bug with phrases like:

And lastly, in the description, one will be able to find the link to the fraudulent site, a simple interface of a crypto exchange devised by the scammers, where one can “enjoy” the promised exchange rates.

The “bug” consists precisely in exploiting an oversight of the giant Binance, which would allow one to receive 10 times as much against a Bitcoin deposit.

The catch can be easily discerned from a simple and clear sentence inserted in the video’s description, right after the fake link:

For those who are even more curious and interested in digging deeper, many more such content promoting this kind of scam can be found on YouTube. Just enter the keywords “exchange rate bug at binance” in the search field.

The following video contains the catchy phrase quoted just above and gives a very good idea of the deception:

As icing on the cake, once you land on the fake platform, the transaction is accompanied by a countdown, to indicate the limited availability within which you can take advantage of the unrepeatable opportunity.

This allows for increased pressure and stress exerted on the hapless investor to finalize the transaction within a tight timeframe, thus creating even more confusion.

First of all, the fact that a newly created YouTube channel is presenting such an exaggerated investment opportunity to the world at any moment already makes one think “it’s too good to be true”.

The second factor is hidden in the interactions. In most cases, subscribers, likes and views have a really negligible number.

Third, but no less important, is the publication of only one video, which makes one think that the little theater was mounted with the sole purpose of scamming!

To make it a little more “believable,” that video is accompanied by comments blatantly constructed to fuel the deception. Of course, they are all fake and shared by bot accounts.

Finally, the source! In the crypto and blockchain world, due to the many frauds throughout history, it has become of high importance to always check the source you want to interact with. It is not enough to verify the names referenced that are now considered safe and trustworthy by the entire community, but it is recommended to double check the url, to see if the platform is the authentic one, and not a fraudulent clone.

The post The bug on exchange rates: the new Bitcoin scam appeared first on cryptodailynews24.com.