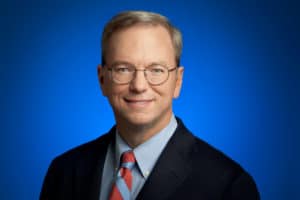 Former Google CEO: “Bitcoin is a remarkable achievement of cryptography”

The famous 2014 statement by former Google CEO Eric Schmidt, “Bitcoin is a remarkable achievement of cryptography”, has resurfaced on the web.

Google’s Eric Schmidt and his statements about Bitcoin

It was 2014, when Eric Schmidt, former CEO and chairman of Google, had made his comments about Bitcoin during his speech at the Computer History Museum, and right now, the video clip is again circulating the web.

Among other statements, Schmidt emphasized his interest in the architecture and design behind Bitcoin.

Not only that, Schmidt also gave a future perspective, stating that in his opinion BTC “is an amazing advancement. Lots of people will build businesses on top of that”.

Schmidt is an American businessman and software engineer who served as CEO of Google from 2001 to 2011 and oversaw one of the company’s most significant growth phases. He remained as executive chairman until 2017 and as a technical advisor until 2020. Schmidt currently has a net worth of $20 billion, making him the 70th richest person in the world, according to Forbes.

Eric Schmidt and his investment in BTC and crypto

Schmidt had stated during April of this year, that he was a crypto-investor although he would highlight how his interest was more dedicated to blockchain and Web3, rather than virtual currencies.

Schmidt reportedly did not name any specific cryptocurrency he currently owns, emphasizing only that he just “started” investing in cryptocurrencies.

Being more interested in Web3, Schmidt had described it as follows:

“A new model [of the internet] where you as an individual [can] control your identity, and where you don’t have a centralized manager, is very powerful. It’s very seductive and it’s very decentralized. I remember that feeling when I was 25 that decentralized would be everything”.

Since leaving Google, Schmidt has devoted most of his time to philanthropic endeavors through his Schmidt Futures initiative, where he funds basic research in fields such as artificial intelligence, biology and energy.

Supportive of Bitcoin and crypto but opposed to the metaverse

Apparently, despite his favorable stance on Bitcoin and cryptocurrencies with the prospect of decentralization and the Web3, Schmidt appears to be opposed to the metaverse.

During the Aspen Ideas Festival event in Colorado, the former Google CEO expressed all his scepticism towards metaverse and Facebook, which since October 2021 is called Meta precisely to highlight its position in this regard.

Essentially, Schmidt says there is currently no clear definition of the concept of metaverse and how it will affect people’s lives.

The post Former Google CEO: “Bitcoin is a remarkable achievement of cryptography” appeared first on cryptodailynews24.com.