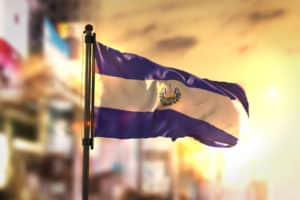 The World Tourism Organization says El Salvador is one of 15 countries that have managed to bring tourism revenues back to pre-pandemic levels. Nayib Bukele, the country’s president, said this figure is due to Bitcoin, surfing, and reduced crime.

El Salvador’s President Nayib Bukele commented on data from the World Tourism Organization stating that El Salvador is one of 15 countries that have managed to restore tourism revenues to pre-pandemic levels.

Google just updated its mobility data for August 3 (when our August vacation starts).

It appears internal tourism will grow even more than we expected.#Bitcoin+Surf

“Only a handful of countries have been able to recover its tourism to pre pandemic levels. And that’s international tourism, so the reasons behind it are mostly Bitcoin and surf. But internal tourism is growing even more, mainly because of our crackdown on gangs. Google just updated its mobility data for August 3 (when our August vacation starts). It appears internal tourism will grow even more than we expected”.

Essentially, according to Bukele, the key factors that have allowed El Salvador to return to its pre-pandemic numbers in tourism are Bitcoin, surfing and reduced crime.

The president, known for being one of the first to support Bitcoin to the point of making it the country’s legal currency in September 2021, is convinced that tourism in El Salvador is set to increase.

Among the data also shared by Google Mobility Report, a compendium of data that shows the change in the number of visits that occur to certain places, it appears that El Salvador has increased its revenue in Tourism by 6% over 2019.

This figure comes after Morena Valdez, the country’s tourism minister, said back in February that the tourism industry had increased by 30% immediately after BTC became legal tender.

That is why Bitcoin would be the first key factor for the increase in tourism income in El Salvador, followed by surfing and even a reduction in crime within the country.

In this regard, statistics show that El Salvador’s crime and homicide rates have decreased significantly since 2020. In addition, as far as surfing is concerned, El Salvador is home to some of the highest-rated waves in the world.

The bear market and the risk of default for the country

And while BTC is a tourist attraction, there have been talks in El Salvador since as early as May 2022 about the country’s risk of default, precisely because of the bear market that the crypto sector is experiencing, headed by Bitcoin itself.

On this issue, however, the famous President Bukele seems not to have expressed any concern, and even at that time he stated that he had bought 500 more BTC, following the “buy the dip” strategy.

At the time of writing, BTC is worth $24,108 and there are those who argue that Bitcoin’s next bull run will happen at the next halving.

The post El Salvador brings tourism back to pre-pandemic levels thanks to Bitcoin appeared first on cryptodailynews24.com.