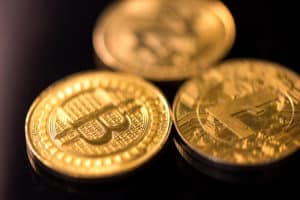 Crypto: there is uncertainty on social media, especially about stablecoins

A recent InvestinGoal analysis found that uncertainty about the crypto market has reigned on social media for the past seven days.

The analysis looked at sentiment on social media about the 15 largest cryptocurrencies by market capitalization, and overall it found that 60% of people are uncertain about the crypto market, although 43% believe the future is positive. In the short term, however, only 35% of users are positive.

Paradoxically, the worst sentiment was for stablecoins, especially USDT, USDC and DAI, despite the fact that in theory, they should not lose value over time against the dollar: only 16 out of 100 people are positive, while 9 are negative. However, 76 % of users are neutral.

Overall people with negative sentiment are 5%, or almost half.

This negativity could be caused firstly by the fears caused by the UST explosion in May, and secondly by the fear that future regulations will greatly limit the use of stablecoins.

As for Bitcoin, only 29% of people say they are openly positive, so much so that they have the fourth lowest positive sentiment behind the three stablecoins mentioned above.

Among those that stand out for optimism, however, are Tron and, oddly enough, Solana.

Tron is the crypto project found to have the most confidence among the 15 analyzed, with 54% of people positive.

The one with the least negative sentiment, on the other hand, is Solana, with only 1% of people openly negative about its future. This is very surprising after all the vicissitudes and technical problems it has had in recent times.

For example, Bitcoin had no problems at all, and Ethereum even had several successful tests to transition to PoS. But evidently, Solana’s social community is very strong and optimistic.

Cardano also enjoys a good level of confidence, despite the fact that it has not performed particularly well lately. 41% of social users are positive about it, with only 5% openly negative.

These are therefore in part surprising results, in part a consequence of what has happened in the past few months. Then again, social networks are filled mostly with small retail investors who are rarely well informed about such technical and complex issues.

“The information on current sentiment is only an indication that may help in the research and evaluation of assets to invest in.

Certainly right now, or when volatility starts to rise again, it is advisable to avoid acting on the crypto market from a speculative perspective, trying to gain from short bullish or bearish movements, or investing money simply because of FOMO, a very common and risky factor in this world.

The best view is always a long-term one. It is necessary to study the subject well, to understand the fundamentals, and to invest consensual amounts, which one can also afford to lose, with the goal of holding them over months or even years”.

The post Crypto: there is uncertainty on social media, especially about stablecoins appeared first on cryptodailynews24.com.