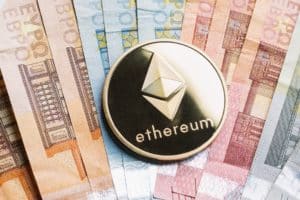 Capitalization of ETH exceeds that of many international banks

The past few weeks marked by big rises have allowed ETH capitalization to surpass that of many banks.

After gaining 50% over the past three weeks, Ethereum’s capitalization has surpassed that of banking giants such as Wells Fargo, Morgan Stanley, HSBC, Visa, and Bank of China. Ethereum’s capitalization has again surpassed $200 billion, surpassing that of many international banks and putting it on track to overtake another major Chinese bank, the Industrial and Commercial Bank of China (ICBC).

The big rises in recent weeks have seen all major cryptocurrencies recover to a small degree the major declines of the early part of the year. This positive sentiment is also confirmed by looking at the staggering increases in daily trading volumes, up 15% to more than $30 billion.

ETH alone is reported to have grown by nearly 80% since June, gaining $990 from its lows and again surpassing the $1,700 mark. the trading volume of Ethereum in July reached 50% of that of Bitcoin.

In July, the total capitalization of cryptocurrencies returned above $1 trillion, with Bitcoin and especially Ethereum on the defensive.

All this allowed Ethereum to surpass the banking giant of China in terms of capitalization, which, like all Chinese banks, is facing a major problem related to impaired loans due to the decidedly worsening real estate market in China.

The worst-case scenario predicts up to $350 billion in loan losses from all Chinese banks, with major systemic risks for China’s entire financial sector.

How the cryptocurrency market is reacting to this phase of uncertainty

The market thus seems to be betting on an early rise in cryptocurrencies again, a trend also confirmed by the figure showing that 65% of circulating Bitcoin would have hardly moved in the past year. A tangible sign that Bitcoin holders believe in a prompt rise of the digital currency and prefer not to sell even after the recent slumps.

In fact, according to Glassnode‘s data, more than 65% of Bitcoin’s circulating supply, or about 12.35 million BTC, has not been moved for at least a year.

The post Capitalization of ETH exceeds that of many international banks appeared first on cryptodailynews24.com.