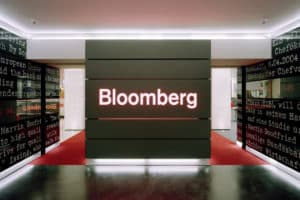 According to experts at the financial news agency Bloomberg, it is worth buying Bitcoin at current valuations.

Bitcoin is currently trading at a substantial discount, in the opinion of Bloomberg Intelligence senior commodity strategist Mike McGlone. This valuation assumes that the major cryptocurrency may have hit its low point, according to the financial expert, and is now going through a period of accumulation before a new robust rebound.

In a report from last week, McGone stated:

“The benchmark crypto reached the lowest ever vs. Its 100-week moving average in July. Extreme discount within an enduring bull-market”.

The Bloomberg analyst also described the Fed’s aggressive policy as a likely driver of this cryptocurrency slump, but at the same time he is convinced that soon, both Bitcoin and Ethereum will be rearing their heads again with consistent price increases.

“Bitcoin is well on its way to becoming global digital collateral in a world going that way and Ethereum is a primary driver of the digital revolution as evidenced by making possible the most widely traded cryptos — dollar tokens”.

McGlone’s opinion is shared by other financial analysts, such as Budd White, co-founder and chief product officer of cryptographic software company Tacen, who is convinced that Bitcoin is significantly undervalued at this time:

“I’m still very much of the opinion that Bitcoin is not only incredibly oversold but also in a major accumulation zone. With every run up of price with Bitcoin, we both its market value and its utility value grow”.

The views of other analysts

Technical analysis also seems to confirm this view, as per the recently published report by Ark Invest, which describes Bitcoin in an accumulation zone, poised for a robust rebound, after having been pushed back from support at $19,000, below the weekly 200 moving average, which is a strong signal of a probable solid rebound in the near future.

The Ark Investment report also shows how the United States was the world’s largest buyer of Bitcoin in July. Sticking with the US, Wells Fargo bank said it considered Bitcoin to be a viable investment option:

“In our view, digital assets are a transformative innovation on par with the internet, cars, and electricity. They are likely to be the building blocks of a new large digital network that moves money and assets, and that network is open for anyone in the world to use. Infrastructure is emerging to support this new Internet of Value”.

The bank’s post, which also mentions the presence of risks in investing in a still young and immature sector like cryptocurrency, reads:

“Traditional finance is beginning to embrace open networks, and we expect the adoption of digital assets to continue to accelerate over the coming years. Early movers may get to ride the open network effects, and gain economies of scale, while those late to the movement may lose — something that the internet has taught us for 40 years”.