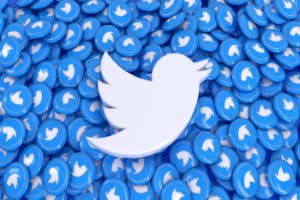 The company has also subpoenaed Morgan Stanley, Bank of America, and others, who are being asked to hand over documents in their possession regarding bot statistics before the trial on 17 October.

The issue revolves specifically around bots, in other words, the determination of the number of real active users on the platform net of bots. In fact, only real users, i.e., individuals, are monetizable users, while bots only pollute the statistics in this respect.

Musk fears that there are far fewer real users than the company claims, which in fact continues to generate losses despite claiming that users are increasing. Since he did not trust Twitter‘s stated numbers, he asked third parties to make independent assessments, from which it would appear that the number of real active users would be significantly lower than stated.

Since Musk seems to have made his decision to withdraw the takeover bid based on these numbers, Twitter probably wants to figure out where they came from, and how they were calculated, to try to disprove them. However, it seems that Twitter has never been able to provide really credible data on this.

Morgan Stanley was Musk‘s main financial adviser in drafting the takeover offer, which was later withdrawn, and also promised financing of up to $5.5 billion. Twitter also requested documents regarding Bank of America, Barclays, BNP Paribas, Citigroup, and other banks that pledged to finance the acquisition.

In fact, among the requested documents are also those related to Musk’s acquisition financing plan, and not just those regarding the bots.

Twitter’s assumption is that Elon Musk is only using the bot issue as a pretext to cancel the bid. If so, it is possible that the judge will agree with them. However, if the judge were to consider the issue relevant, and point out that the official data provided by Twitter is incorrect, then he might agree with Musk.

To be fair, several analysts believe that Twitter does not have much chance of winning, because if it cannot provide good and correct data on bots it seems legitimate for Musk to refuse to pursue a $44 billion acquisition based on faulty data. However, there may be legal loopholes that could force the judge to agree with the company, and effectively prohibit Musk from withdrawing the offer.

It might be the case that a new agreement, with different clauses and terms, may eventually be reached.