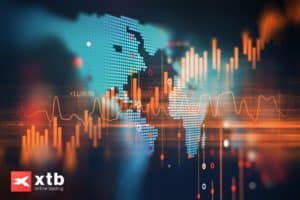 The profile of the modern investor

In a research study, XTB highlights the main characteristics of the average new investor.

Due to lockdowns, but also to an increasingly precarious world of employment (a trend that was already in place before the pandemic), many people have found themselves in financial difficulties by not being able to work and having a lot of time on their hands.

This, coupled with the fact that a very aggressive inflation (the worst in 40 years) is eroding capital in various portfolios by almost 10%, has also laid the groundwork for a boom in new investors.

The characteristics of the new investor

The peculiarities of the modern investor

The profile of the modern investor comes from this very mix of factors. He or she is usually 10 years younger than the average to date (about 36 years of age), tending to be male, and with a propensity to use exchange apps and online financial transactions that propel new finance enthusiasts into a much more dynamic future.

According to XTB, the modern investor tends to be male, but females also play their part with percentages varying from country to country. In Europe, for example, bringing up the rear are the Czech Republic (3%) and Slovakia (2%), Italy fluctuates between 10% and 13%, while leading this special ranking is Romania, with 70% of women in business.

Compared to the 1990s and 2000s, those who invest today in the stock market, forex, various instruments, currencies, etc., do so with much greater awareness and effectiveness than in the past.

One result that jumps out from the research conducted by XTB is how today’s investors are better educated than ever and how their margins per trade are the highest ever recorded.

Propensity to study, time for analysis, a healthy curiosity and knowledge of technological tools have contributed to success in financial transactions and beyond with a particular fondness for equities, ETFs, cryptocurrencies and precious metals.

Another very important driver for investing is undoubtedly the possibility of doing it for free. Not all platforms offer this possibility, but, for example, Binance and XTB itself fall into this small circle.

In the specific case of XTB, all transactions under €100,000 involving any instrument and in any time frame are free of charge.

The conclusions of XTB’s analysts

Walid Koudmani, Chief Market Analyst at XTB, with regard to the profile of the typical investor expressed himself as follows:

“Compared to the profile of traditional investors who traded even before the pandemic, new traders are over 10 years younger and are more skilled because they recognize training as an essential element of their success”.

“Many have approached equities because they believe that, in the face of rising inflation, it is impossible to maintain the value of an investment relying only on risk-free assets: choose a safe, but low-interest, bank deposit as a way of savings management, means a real decrease in the value of the accumulated funds. Presumably, some people have decided to start investing using other tools, including the stock market”.

A joint study between XTB and the Normale di Pisa highlighted how in Italy, specifically for a total of 560,000 active investors as of 2019 to date, 185,000 of them are neophytes who had never transacted before.

On the topic of investing in his own country, Koudmani adds that:

“Globalization and the development of digital tools have probably contributed to the increased popularity of the stock market. The pandemic has favored the use of online platforms, including when it comes to buying shares. Investors can now affordably access not only local stock exchanges, but global equity markets as well. Many of them take advantage of these opportunities by investing in stocks of famous global giants such as Apple, Google or Meta (Facebook)”.

The post The profile of the modern investor appeared first on cryptodailynews24.com.