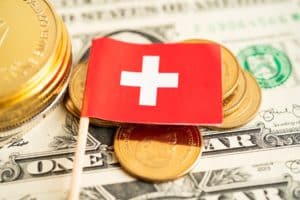 Switzerland is by far one of the countries with the most crypto companies in the world. For this reason, the current bear market could have hit the Swiss crypto industry hard. Instead, it turns out the problems are not so big as to send the local industry into crisis.

A survey was recently conducted among various companies in French-speaking Switzerland, which revealed that the current unfavorable situation has not had a deleterious effect on them.

However, there are those who believe that the real collapse may yet to come.

According to the director of the Swiss crypto company Metaco, Adrien Treccani, the coming collapse could be a cataclysm for many Swiss crypto startups, so much so that 20% or 30% of them could disappear within the next six months.

For now, Switzerland’s crypto ecosystem seems to have held up well, but the fact that the bear market is not yet over could still cause damage. However, it is possible that this damage will not affect the entire system, but rather the less solid and established companies.

There are now more than 1,000 crypto and blockchain companies in Switzerland with a total of about 6,000 employees. So far, there are no significant workforce cuts or bankruptcies of large crypto companies, but that could change.

Indeed, as argued by the managing partner of the Zug canton headhunting firm Wirz & Partners, Erik Wirz, a lot of money came into the crypto markets last year brought in by unwary investors who merely hoped to make money riding the bull run. Now, however, these retail investors are getting their feet back on the ground, according to Wirz, and this could mean that capital inflows into the crypto markets turn out to be insubstantial.

The director of Bitcoin Suisse‘s Zug office, Dirk Klee, says that even now some Swiss crypto companies are struggling not to go bankrupt, but only time will tell how this will actually play out.

The Zug area has the highest concentration of crypto companies in Switzerland, so it is definitely an interesting litmus test to consider.

The cryptocurrency market still has a long way to go

While there are those, such as the founder of crypto financial services company AlgoTrader, Andy Flury, who argue that such crashes are the norm in crypto markets, there are also those, such as Valour’s Chief Strategy Officer Diana Biggs, who point out that there is still a lot of experimentation in this area.

Flury does point out that, for example, none of their clients have pulled out of contracts, or delayed ongoing projects, and these include ten major banks. He also claims that the crash in crypto markets has not impacted the long-term strategies of large financial firms in terms of digital assets.

The director of the Swiss Financial Market Supervisory Authority (Finma), Urban Angehrn, recently said that much of the trading in digital assets resembles the US stock market in 1928, but stressed that this type of abuse is frequent and common in financial markets.

Moreover, he added that speculation is a legal activity, but one must operate according to the rules and in a transparent manner.

To again quote Adrien Treccani’s words, the bursting of the bubble will filter and simplify the crypto market, while also allowing new opportunities to emerge.

The post Switzerland: crypto companies are holding up well appeared first on cryptodailynews24.com.