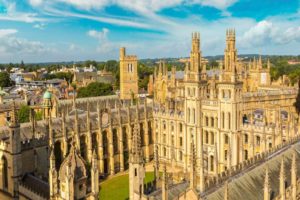 Oxford City will accept Bitcoin for payment of its tickets

For the first time, an English soccer club, Oxford City, will accept Bitcoin payment for tickets to games.

For the first time in history, starting from 6 August, the start date of the professional soccer championships, Oxford City, a National League soccer team, will allow its fans to purchase tickets to games, food, drinks and team gadgets with Bitcoin.

The club has entered into a multi-year partnership with CoinCorner, a Bitcoin company based in the Isle of Man. CoinCorner will be the sponsor on the back of the club’s shirt and has released a limited edition Oxford City FC Bolt Card for the occasion. Payment will be able to be made through the Lightning Network.

The debut of this new payment method will take place as mentioned at the first home game scheduled for 6 August with Eastbourne Borough. The team will also have the Bitcoin logo on the back of the jersey, sponsored by the CoinCorner company.

“Embracing the latest technologies and innovations to ensure Oxford City FC can continue to operate as a self-sustaining club is a key part of our long-term objectives. It’s not mandatory for people to engage with our new technology, but we believe in time paying via Bitcoin will become the new normal in English football”.

According to CoinCorner’s CEO, this will be just the first step toward a revolution that has long since begun in the world of sports :

“We believe this move will set a trend across non-league and Football League divisions as digital currency establishes itself as the new normal for sports fan and eventgoers across the UK”.

Major Premier League teams have had sponsorships or ties with cryptocurrency companies for a few years now, such as Arsenal and Aston Villa with Socios creating fan tokens for them to have interactions with their fans.

One of the biggest cryptocurrency sponsorship agreements in global soccer has been made with a Premier League club, and that is the £20 million a year deal by the London-based Chelsea team, with an app called WhaleFin as the sleeve sponsor for next season, which will be the same sponsor of the Spanish team Atletico Madrid.

Everton and Crystal palace also have an agreement with Socios for their fan token. Leicester has just signed a new sponsorship deal with Fbs a Cyprus-based trading site specializing in crypto. Liverpool has just launched its own collection of NFTs on OpenSea.

Manchester just closed a multimillion-dollar deal with cryptocurrency exchange OKX to sponsor Ethiad, the stadium where the England team plays.

But even Manchester United’s second team has closed a £20 million-a-year deal with blockchain company Tezos to sponsor the team’s training uniforms.

The post Oxford City will accept Bitcoin for payment of its tickets appeared first on cryptodailynews24.com.