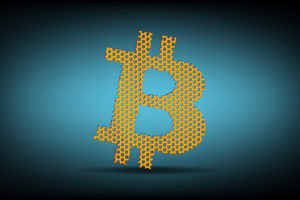 El Salvador is the Latin American state that has contributed most to the spread of Bitcoin. Here, in fact, BTC is treated in the same way as a fiat currency and there is a payments system based precisely on crypto that has led “the Salvadoran experience” to become a true tourist destination.

Tourism itself accounts for 80% of cash flows and in turn contributes to the spread of crypto around the world.

The country, however, despite a recovering tourism and economy in general, does not have accounts in order and has one of the highest debts in the world, the result of years of mismanagement.

The state’s debt problem has started to become less of a concern since the current president, Nayib Bukele, has been at the country’s reins, and as a great supporter of cryptocurrencies, he has transformed El Salvador into the country of Bitcoin, establishing the digital currency as a medium of exchange on par with the dollar and endearing himself to all that niche tourism that has been growing year by year.

Bukele’s interventions have not been limited to this and in fact the most important move in order to restore the state accounts, is the purchase of Bitcoin in times of downturn, as happened last February when, in the wake of the macro conjuncture, he had purchased $150 million in the currency.

To date, the debt is still very high and many analysts, especially local ones, denounce the risk of default and the probable non-payment at the end of the year of maturing state bonds.

An imminent default for El Salvador?

Rumors of an imminent default have been swept away by Bukele’s latest stunt. The whimsical president has indicated that the state coffers have liquidity to buy back maturing bonds, starting with this year’s bonds (which are the ones at risk of default) at the current price of course in Bitcoin.

The buyback operation seems for now to have been enough to calm traders ready to base themselves on a default that promised easy speculation.

While waiting to see how the state will close the budget at the end of the year, whether the default risk will have been foiled or not, the monetary policy of Bukele continues.

The president of El Salvador has announced new purchases of Bitcoin given the attractive prices that the most highly capitalized crypto is trading at these days.

The funds for these transactions come from Special Drawing Rights issued by the International Monetary Fund held by the sovereign state, amounting to $200 million. That would be a loan from the Bank of Central America for economic integration and an additional billion from the soon-to-be-issued Bitcoin Bonds.

The new stablecoin would be a synthetic dollar collateralized by Bitcoin and pegged to the value of the dollar.

The system will take advantage of the Lightning Network in order to function.