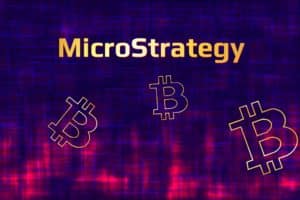 Changes at MicroStrategy, Michael Saylor steps down from CEO position

Michael Saylor announced that as of 8 August he will no longer be CEO of MicroStrategy, but only Executive Chairman.

Michael Saylor will no longer be CEO of MicroStrategy

MicroStrategy, the company holding the largest percentage of Bitcoin in the world, announced Tuesday, somewhat surprisingly, that its charismatic CEO, Michael Saylor, will step down from his current position to assume the new role of Executive Chairman, starting from 8 August.

Phong Le, the company’s chairman, will become the new CEO.

In a note Saylor stated:

“As executive chairman I will be able to focus more on our #bitcoin acquisition strategy and related bitcoin advocacy initiatives, while Phong will be empowered as CEO to manage overall corporate operations”.

Michael Saylor has served as CEO and chairman of the foundation’s board of directors since 1989. In just a few years, MicroStrategy has become a global leader in business intelligence, having closed its first major contract with Mcdonald’s in 1992.

More recently, MicroStrategy became the first publicly traded company to buy Bitcoin, growing to own about 130,000 BTC, worth nearly $4 billion.

Saylor himself has always been the most fervent supporter of this strategy of acquiring BTC, despite large declines in recent months that have brought the company close to a margin call on a $250 million loan, which would be triggered automatically should Bitcoin’s share price fall below $21,000.

Saylor will relinquish his position as CEO to the company’s current president, Phong Le, who has held the role since July 2020, after serving as Chief Financial Officer and Chief Operating Officer. He is one of the most highly regarded managers in the market as well, having successfully led the transition to the promising cloud business, and he is also a strong supporter of Bitcoin.

Phong Le will be the company’s new CEO

“I’m honored and excited to continue leading this truly innovative organization, as President & CEO. Our people and our brand carry incredible momentum. I would like to reinforce our commitment to our customers, shareholders, partners and employees, and I look forward to leading the organization for the long-term health and growth of our enterprise software and bitcoin acquisition strategies”.

Certainly, the news did not comfort those who see MicroStrategy’s accumulated losses in this first half of the year (about $1 billion ) as a red flag on the company’s accounts and indirectly for Bitcoin as well, considering that some argue that the company will soon be forced to reduce its share of cryptocurrency holdings, despite Phong’s own denial of this assumption.

“MicroStrategy’s original strategy and consulting business needs full-time attention. Now Michael can focus on what he does best, promoting Bitcoin. And the company can focus on making more money to buy more Bitcoin. They are basically doubling down”.

MicroStrategy started buying Bitcoin in 2020 as a sort of hedge against rising inflation. Precisely because of Bitcoin’s monstrous rises, which reached $69,000 in November 2021, it enabled the company to gain 120% on the stock market. At the same time, however, the large declines recorded by the digital currency in these early months of 2022 led to a drop of more than 50% in the share price.

The post Changes at MicroStrategy, Michael Saylor steps down from CEO position appeared first on cryptodailynews24.com.