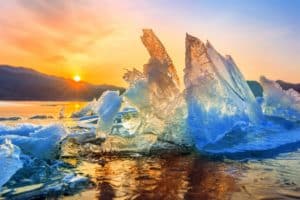 Bitcoin mining and warming toward catastrophe?

Recent research by BanklessTimes claims that Bitcoin mining could raise the global temperature by 2 degrees by 2040.

However, there is a glaring error in the reasoning behind this projection.

The BanklessTimes analysis concluded that on average, a single Bitcoin transaction produces about 841 kilograms of CO2, and that this figure will surely increase in the future with increased Bitcoin adoption.

The research puts the cause of a possible warming to the number of transactions, and not to the total hashrate of the network

The calculation of “average consumption per transaction” is a mere curiosity, absolutely not suitable for making predictions, as it is nothing more than the total consumption of mining divided by the number of transactions.

Instead, the energy consumption of mining depends solely on the convenience that miners have in consuming, and it is inevitably going to decrease. In fact, every four years or so the BTC reward that is given to those who succeed in mining a block is halved, thus also decreasing the profitability of mining. This completely disregards the number of transactions that are recorded in a block, which moreover is already limited to date.

The greatest growth is being seen in off-chain transactions, which are those that do not require mining to be confirmed because they take place on the Lightning Network.

Increase in transactions on Bitcoin’s layer 2

Therefore, not only is it completely wrong to say that as the use of Bitcoin inevitably increases, energy consumption should also increase, but it is also completely wrong to forget that the number of transactions on Bitcoin’s blockchain has been decreasing since those on Lightning Network are increasing.

Therefore, those who are talking about “catastrophe” in light of BanklessTimes’ incorrect estimate are mistaken.

For sure, Bitcoin mining consumes a lot of energy, and since a significant portion of that is produced from fossil fuels, inevitably this means that Bitcoin mining as a whole emits CO2.

However, the same BanklessTimes report states that 57% of the energy used for Bitcoin mining comes from renewable sources, thus at essentially zero CO2 emissions, and that even traditional fiat currencies have an environmental impact that is by no means negligible.

Throw in the fact that over the next few decades at some point the energy consumption of Bitcoin mining should actually begin to decline, coupled with the fact that the share of clean energy used may increase even further, and so the future outlook not only does not look bad, it could even look good.

The post Bitcoin mining and warming toward catastrophe? appeared first on cryptodailynews24.com.