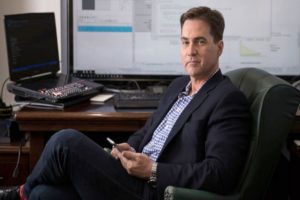 According to a British court, Craig Wright is lying

Craig Wright, also known as Faketoshi, has been claiming for years that he is the real Satoshi Nakamoto. However, few people believe him, as he has yet to provide conclusive proof that he is the creator of Bitcoin.

This time it is a British court that is claiming that he is lying.

It all stems from an ongoing lawsuit between Craig Wright himself and Peter McCormack, who was sued by Faketoshi for daring to publish a tweet claiming that Wright himself is not Satoshi.

The case has reached the UK High Court, where Judge Martin Chamberlain is presiding. Judge Chamberlain yesterday ruled on the evidence Wright allegedly provided to disprove McCormack, calling it false.

Indeed, in the ruling he explicitly wrote:

In other words, he refused to proceed against McCormack for defamation, even though in theory there could have been grounds, because Wright was unable to prove that McCormack‘s accusation was false.

In addition to the damage, however, the judge got himself into a complete mockery. In fact, the “nominal damages” were quantified in the ridiculous amount of one pound, meaning that McCormack is basically coming out clean.

This ruling sounds just like a real slap in the face to Craig Wright, who in fact lost across the board. At this point, it may be extremely difficult for him to continue claiming to be the real Satoshi Nakamoto in hopes of being believed.

The judge wrote that Wright advanced a deliberately false case, clearly designed to show that McCormack had caused him serious harm so that he could seek payment of consequential damages.

In other words, it is as if the judge himself accused Wright of having as his main purpose to get McCormack to pay him a large sum of money, and moreover, provided false evidence to support this.

The judge does not claim that Wright is not Satoshi Nakamoto, but that the evidence he allegedly provided in an attempt to prove that he is was found to be false.

Wright then stated that he intends to move forward by challenging the ruling, since the judge acknowledged that McCormack had caused him harm.

“I want to thank Mr Justice Chamberlain for this result. We are very pleased with his findings”.

As some of you will now have seen, the judgement in my trial v Dr. Craig Wright has now been handed down.

I want to thank my lawyers for their diligent work on the case.

I also want to thank Mr Justice Chamberlain for this result. We are very pleased with his findings.

The post According to a British court, Craig Wright is lying appeared first on cryptodailynews24.com.