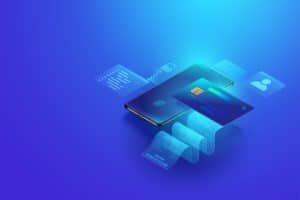 Visa vs Bitcoin’s Lightning Network: the increases in transactions

Recently, it was announced that payments giant Visa increased the number of transactions by 16% over the previous year. Specifically, this is a total of 49.3 billion transactions in the second quarter of 2022.

A wonderful performance that of Visa’s centralized network when compared with a good decentralized competitor, Bitcoin’s Lightning Network (LN), the second-layer solution for BTC transactions.

Indeed, LN’s capacity exceeded 4,200 BTC last week. It now has more than 4,200 BTC locked within its protocol to enable faster and cheaper transactions.

This is a +8% increase in locked BTC compared to the previous two weeks and +27% since the beginning of the year.

Which of the two networks will be more efficient in daily shopping over the long term?

Its commentary refers to a report by Arcane Research which states that LN enables users to transact instantly, registering a staggering 410% growth each year.

Not only that, in March 2022, more than 80 million people accessed Lightning Network payments via apps. This is because thanks to apps like Strike or Chivo, many BTC users are unaware that they are using LN for transactions.

Bitcoin with twice as much trading volume as Apple

Over the past month, it appears that not only LN and Visa have seen major increases, but Bitcoin and Apple (APPL) themselves appear to have seen better performances.

In fact, despite the period of “crisis” in the current macroeconomic situation, the trading volume in the last 30 days of AAPL has shown +4% growth, while BTC trading seems to have grown twice as much as Apple itself.

Tomorrow Apple’s quarterly report will be made public, which will decree the behavior of investors in the market.

The post Visa vs Bitcoin’s Lightning Network: the increases in transactions appeared first on cryptodailynews24.com.