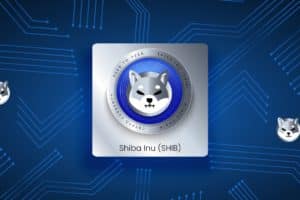 Shiba Inu: burned almost half of the tokens

Nearly half of the original SHIB tokens of Shiba Inu have been burned. According to data from ShibBurn.com, of the approximately one million billion tokens originally created, as many as 0.4 million billion have already been burned so far. Less than 0.6 million billion remain in circulation, of which 0.03 is locked in staking.

For example, more than 1 billion tokens have been burned in the last week, with 104 transactions.

The price of SHIB in the crypto markets has risen tremendously since it debuted in August 2020, but after the incredible boom of 2021 it entered a bear market like virtually all other cryptocurrencies.

Since its peak on October 28, 2021, the price of SHIB tokens has been losing 86%, although it has regained a bit in the past month.

By market capitalization it has now dropped to 15th place, behind DAI and MATIC, but above AVAX and TRON.

Currently the development team is focusing on its new flagship project, namely its Shiberse metaverse. However, there are many who believe that the project may not have a great future ahead.

Certainly, token burns will continue, although the lead developer, Shytoshi Kusam, claims that massive burns will require a real effort from the community.

Massive burns will require a true community effort and we are working towards it on many levels. Will take time and I hope the timing works out perfect!

According to some, Elon Musk himself might be the one behind Shytoshi Kusam.

I’ve had my suspicions that you’re indeed Elon mate…

The relationship with Elon Musk and the future of SHIB

It is worth mentioning that Musk has always advocated supporting Shiba Inu’s rival, namely Dogecoin, which by the way already has its own blockchain (Shiba Inu is a token on Ethereum).

Precisely because it is on Ethereum, the migration to PoS with the Merge could affect SHIB.

In particular, transactions should become cheaper, and this could benefit the Shiba Inu project. In fact, high transaction costs have negative effects especially on transactions of small amounts, and certainly Shiba Inu is not a project aimed at whales who only do million-dollar transactions.

All this could help Shiba Inu users save on transaction costs. However, to try to keep fees even lower, the Shiba Inu team is working on the Shibarium project, which is its second-layer blockchain.

That’s a lot for the Shiba Inu project, but so far it has not been enough to prevent value from plummeting during the current bear market.

The post Shiba Inu: burned almost half of the tokens appeared first on cryptodailynews24.com.