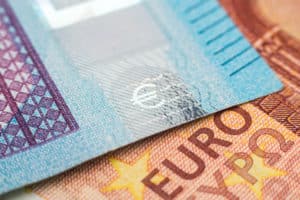 JP Morgan and Goldman Sachs: “recession in sight in Europe”

According to the US investment banks, JP Morgan and Goldman Sachs, Europe is close to a recession.

Europe at risk of recession: the thinking of the two investment banks

According to two major US investment banks, JP Morgan and Goldman Sachs, rising commodity prices, strong international instability and inflationary pressures could soon bring a new recession across the Eurozone.

In a report on Wednesday, Goldman Sachs economists said:

“The risks to our forecast are skewed toward a sharper recession in the event of an even more severe disruption of gas flows, a renewed period of sovereign stress or a U.S. recession”.

Recession in the US, based on data that emerged on Thursday, would already be almost underway, considering that for the second quarter in a row the star-studded economy has contracted.

After registering a 1.6% contraction in GDP in the first quarter, the data for the second quarter was also for a 0.9% contraction, despite the fact that analysts had forecast 0.4% growth.

At the same time, both Powell, Fed Chair, and Yellen, Treasury Secretary, tend to rule out the possibility of a recession in the US, or at least as stated by Yellen to believe that it is not inevitable, as some analysts are beginning to believe and as the GDP data seem to confirm:

“Well, I expect the economy to slow. It’s been growing at a very rapid rate as the labor market has recovered and have reached full employment. It’s natural now that we expect a transition to steady and stable growth. But I don’t think a recession is at all inevitable”.

At its last meeting on Thursday, the Fed raised rates again by 0.75% to combat rising inflation, which has never been so high in 40 years.

According to many analysts, these hikes will only have recessionary effects on the economy, which is already showing signs of slowing.

Even more complicated, at least according to what Goldman Sachs and JP Morgan experts say, seems to be the situation in the Eurozone.

According to the two investment banks, growth will slow by 0.5% in the third quarter and 0.5% in the fourth quarter. The same contraction is also expected to occur in the first quarter of next year, effectively certifying that a recession has occurred.

The forecast assumes gas prices at 150 EUR/MWh (currently the price is around 220 EUR/MWh).

Slightly more cautious are JP Morgan‘s estimates, which forecast eurozone GDP growth of 0.5% this quarter, followed by a contraction of 0.5% in both the fourth quarter of this year and the first quarter of next year.

“Looking across countries, we have Germany and Italy in clear recession in the second half, while Spain and France continue to grow”.

Concerning Italy in particular, according to the two investment banks, the recent government crisis will weigh heavily, contributing to a climate of uncertainty in international markets.

The ECB is likely to raise interest rates by 0.25%, rather than the budgeted 0.5%, precisely because of these early signs of economic slowdown in the Eurozone.

These gloomy forecasts by the two investment banks follow by a few days those made by the International Monetary Fund, which speak of world economic growth of 3.2% this year, revised downward by 0.4% from the previous forecast in April.

The post JP Morgan and Goldman Sachs: “recession in sight in Europe” appeared first on cryptodailynews24.com.