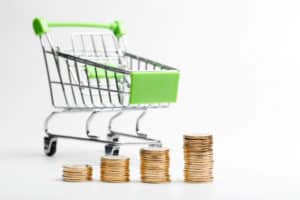 In an interview with Yahoo Finance, International Monetary Fund (IMF) Director of Monetary and Capital Markets Tobias Adrian said that more selling pressures and further failures of tokens and cryptocurrencies, including certain stablecoins, could be coming to the crypto markets.

Many cryptocurrencies and especially algorithmic stablecoins are at risk of failure, according to IMF

Adrian argues that sales could still be unleashed on the stock market as well, and that in the crypto sector the tokens most at risk are algorithmic stablecoins.

It is worth mentioning, however, that by now there are only two algorithmic stablecoins of any significance, DAI and USDD, with a market capitalization of less than $7 billion and $1 billion, respectively. Adding them together they fall short of 12 % of USDT’s capitalization, and barely reach 6% of the three major stablecoins currently in existence.

According to Adrian, in the event of a recession, the value of cryptocurrencies would fall further.

Yesterday, however, upon the announcement that the US has already for all intents and purposes entered a technical recession, the price of many cryptocurrencies paradoxically rose. It is worth noting that this dynamic could change in the future should the recession continue.

Moreover, according to Adrian, even stablecoins such as USDT, which are not 100% backed by cash but to a lesser extent by risky assets, have vulnerabilities. Others, on the other hand, are collateralized only in cash or similar, and thus are less vulnerable.

He also said that it would be necessary to enforce security laws that can be applied to cryptocurrencies, and to regulate the crypto infrastructure used by millions of investors around the world.

He concluded by saying that there are 40,000 coins, and regulating them will be difficult. However, regulation could focus on entry points, such as exchanges and custodial service providers, because that would be practically feasible.

In the IMF’s latest report on the global economic outlook, released on Tuesday, it is stated that crypto assets have suffered a dramatic sell-off that has led to large losses, and caused the failure of algorithmic stablecoins and crypto hedge funds, but with limited consequences for the overall financial system. It also highlights how the economic difficulties experienced in recent months globally could continue.

In spite of this, it forecasts 3% growth for Latin America, higher than previous forecasts. It also predicts that inflation rates will exceed Central Bank targets in Brazil, Chile, Colombia, Mexico and Peru.

It is worth noting that Brazil, and especially Mexico, are two countries that have been discussing encouraging the use of cryptocurrencies in some way for some time now. Indeed, in Brazil there are already several private entities that are doing so, and in Mexico several politicians have been discussing for months now the possibility of legalizing the use of Bitcoin, if not even recognizing it as a currency.

Latin America on the other hand already counts the first state ever to adopt Bitcoin as legal tender (El Salvador), so it could continue to be fertile territory for crypto innovations.

The post IMF: cryptocurrency sell-offs and other failed projects appeared first on cryptodailynews24.com.