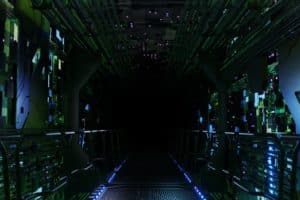 A new heat wave hits Texas, and cryptocurrency miners are feeling all the negative effects.

Mining requires a great deal of electricity consumption from the use of special machinery, which in turn produces heat.

To avoid being overheated and to allow them to work at full capacity without problems, the surrounding environment should not be too hot.

If this happens, to adequately cool ASICs and graphics cards, miners must resort to additional cooling systems, such as fans and air conditioners.

However, these consume additional energy to that already required by the mining machines. As a result, miners will see their profit margins shrink, due to rising electricity costs.

And this is precisely why many of the mining farms in the world choose to set up their operations in countries where temperatures are very low, or at least sustained, throughout the year. Thus, areas in Northern Europe, such as Denmark, Norway and Finland, and those in Canada, for example, are favored.

In this way, miners will be able to save on costs associated with energy requirements, thereby increasing their profitability.

In recent days, electricity demand has exceeded the symbolic level of 80,000 MW (megawatts).

The Electric Reliability Council of Texas (ERCOT), an organization in the United States that manages and monitors the Texas power grid, has seen several records for the amount of electricity demanded, especially in July.

This emergency situation has prompted ERCOT to ask local residents and businesses to reduce consumption as soon as possible, with more focus on mining farms.

In particular, crypto-mining startup Argo Blockchain, had to significantly reduce its Bitcoin-related mining activities on 19 July. The company’s share price is down 60% from a year ago (YTD), while its net income is 91.84% lower.

Certainly, both the heat wave and the collapse of the crypto market did not help the startup Argo Blockchain, which now faces problems related to its financial structure.

This is not the first time Texas has faced a similar situation. In fact, four months ago, ERCOT predicted a possible excess demand for energy, so much so that it required miners to obtain permission to connect to the state’s power grid.

Most crypto mining farms that power their operations with sustainable electricity seem to suffer less from the overload of energy demand.

“Bitcoin and Ethereum mining farms are designed to use 100% renewable energy (solar and wind) which, even in the case of Texas, will not disrupt the state’s power grid”.

What is happening now can be seen as a kind of “natural selection” for the mining industry. Indeed, those who operate low-cost energy facilities, especially through the use of renewable energy sources, are more likely to survive these kinds of events or, as has happened, a considerable drop in cryptocurrency prices.