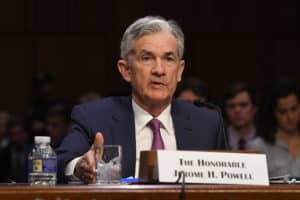 The Federal Reserve (Fed) chose the most painless path by raising rates by 75 basis points last night, rather than 100 bp as assumed by some analysts.

The choice was a difficult one. However, the decision made by the US central bank is mildly reflected in the market.

The Fed fights inflation with a further 75bp rate hike

The move by Fed Chairman Jerome Powell had already been anticipated by the market, which did not react in an unhinged manner to the decision. It would have been different if a larger increase had been opted for, perhaps by 100 bp as feared by some insiders.

The market reacted well on Wall Street, and the Nasdaq even achieved +2%, a sign that the market seems to like the path outlined at the moment.

While all macroeconomic data suggest that the future sees a sharp slowdown in the US economy, the result of the intersection of multiple factors, such as inflation, tensions with China, rising commodity costs, a strong US dollar, employment data, and so on, we are waiting for the GDP data to be pronounced before we can officially talk about a recession.

A recession is made official when GDP data are negative for at least two consecutive quarters. This is what the textbooks report, but the theme seems to have recently been called into question.

Powell and co. downplay the recession, going so far as to say first that it does not depend on a single data point, which is partly true. Moreover, America sees no danger of a recession, given the strength of its economy.

These statements sounded like a wake-up call to analysts. The risk that the data will be bad is high, and the Fed has already begun to put its hands out to soften the blow.

In a note, the Fed explains why the choice fell to 75 bp and not 100 bp, describing a less than rosy picture:

“Recent spending and output indicators have weakened. However, labor gains in recent months have been robust and the unemployment rate has remained low. Inflation remains high, reflecting supply and demand imbalances related to the pandemic, rising food and energy prices and wider price pressures. Russia’s war against Ukraine is causing enormous human and economic damage.

War and related events are creating further upward pressure inflation and are weighing on global economic activity. The Committee is highly attentive to inflationary risks and seeks to maximize employment and bring inflation to 2% over the long term. In support of these objectives, the Committee has decided to increase the target range for the federal funds rate in the 2.25% -2.50% range. In addition, the Committee will continue to reduce its holdings in securities Treasury and corporate bonds and mortgage-backed securities”.

Failure to anticipate the coming hyperinflation and the Fed’s late choices have taught that one should not underestimate problems, and perhaps that is why Powell now tries to anticipate them by downplaying them.

Raising rates does not help to foil this problem, but in the central bank’s defense it can be said that the inflation problem at the moment is public enemy number one to fight, since the economy is still holding up and so is the employment figure.

When the employment figure worsens and the cuts (expected to be about 10/15%) in corporate payrolls arrive, the result of shrinking balance sheets, a strong dollar and difficulties in finding raw materials, then the Fed will be backed against the wall and will have to decide whether to save the American economy and the social fabric, rather than correct inflation and perhaps accept a slightly higher than normal CPI.

During the conference Powell explained:

“From the perspective of our Congressional mandate to support maximum employment and price stability, the current picture is clear: the labor market is extremely tight and inflation is too high. As the monetary policy stance it will further tighten, it will probably become appropriate to slow down the pace of increases”.