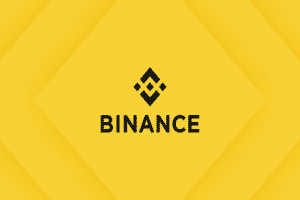 Changpeng Zhao, the CEO of Binance, has filed a lawsuit against Modern Media for defamation.

Bloomberg is accused of defamation by Binance CEO

Binance CEO Changpeng Zhao has filed a lawsuit against Modern Media Company, which is an independent licensee of Bloomberg content, for defamation. Precisely, CZ did not file any lawsuit, but just a motion for discovery.

The subject of the note is a newspaper article calling the exchange a Ponzi scheme of sorts. Zhao pointed out that the article, which also had a call-out on the cover of Modern Media, had damaged Zhao’s public image, especially in the business world.

The motion filed by Zhao refers to a report published on 6 July 2022 by Bloomberg Businessweek, which reported on alleged unfair practices by the exchange. The newspaper had already changed the title of the article, which read “Changpeng Zhao’s Ponzi Scheme” to a more moderate and diplomatic ” The Mysterious Changpeng Zhao.”

On his profile, Zhao retweeted the release of the news by the famous crypto newspaper WatcherGuru.

BREAKING: #Binance CEO has filed a defamation lawsuit against Bloomberg.

In short, Binance is for once embodying the role of accuser instead of accused. After investigations carried out by regulators halfway around the world, with bans on its operations in many countries, such as Britain and Japan, an investor sued the exchange on 13 June for bad information on the platform about Terra’s stablecoin before its bankruptcy.

In the lawsuit filed in San Francisco by the US investor, Jeffrey Lockhart, Binance is alleged to have falsely advertised Terra USD as “secure” and backed by fiat currency, when in fact it was an unregistered security.

In his lawsuit, which was filed in federal court in San Francisco, Lockhart wrote:

“Binance U.S. profits from every trade, and therefore has a stark incentive to sell cryptoassets irrespective of their compliance with the securities laws”.

Zhao in his lawsuit demands that the newspaper make amends for what it wrote, apologize, and pay damages that will have to be quantified by a court.