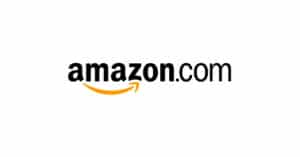 Amazon, the e-commerce giant, hits its second-quarter 2022 results by managing to achieve revenues of $121.23 billion, up from the $119.09 billion expected. It thus registers a driving performance in the United States (North America above all) that largely makes up for the slowdown in revenue as far as the rest of the world is concerned, partly due to the increase in subscriptions and the strong dollar.

The value of the dollar proves to be the real issue in this wave of quarterlies. Just as happened with Meta, Apple, Tesla, and now Amazon, the exchange rate negatively impacts earnings and goes a long way toward deteriorating results, with the risk in some cases of companies missing targets.

Despite the fact that the expected net earnings per share was 15 cents on the dollar when the data came out, the stock sprang up in the stock market getting +7/10% right away (aided by the combination of the quarterly results and the GDP and rate side data that seem to have already been priced in by the market), which allows the gains to far outweigh the gains in investors’ pockets.

Revenues were up 7% year-on-year, beating earnings by about $2 billion (3.6 % impact due to the US dollar exchange rate). Growth estimates for the next quarter are expected to be between $125 billion and $130 billion.

The revenue is interesting in that they are improving Prime, investing in research, and streamlining their delivery branch, which will soon be implemented by drones and new vehicle fleets that will be able to greatly limit product delivery times.

The increase in subscription prices that will take place from September will bring the cost from the current €36 to €49 (+39%), a choice that will probably also help revenues in the third quarter.

Amazon Web Services, which is characterized by relatively low service costs, is also responding well especially from the point of view of deployment, reliability and operating margins. The only sore point is the two shutdowns that occurred during the year due to excessive heat, a problem that the R&D department is working to address.

The results of Bezos’ company are all the more extraordinary when viewed from the perspective of the investees, which, for example, with Rivian losing 50% ($3.9 billion loss) caused a major hole in the balance sheet that was entirely made up by the company’s earnings capabilities.

Andy Jassy, CEO of Amazon, said the following in the wake of the Q2 data release:

“Despite inflationary pressures in energy and transport costs, we are making progress on more controllable costs. We are also seeing an acceleration in revenues as we continue to make Prime better for our customers by investing in speed of delivery and increasing benefits”.