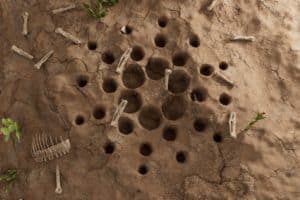 ADA (Cardano) at six-month lows in sentiment and volume

These days, the trading and tweet volume on ADA (Cardano) is at its lowest in six months.

ADA, the native crypto on the Cardano blockchain, is back to the lows of six months ago

This was revealed on Twitter by The TIE as it published a chart showing a clear descent that began as early as the beginning of the year, with a brief rebound between March and April.

Twitter and Trading Volumes for $ADA are at 6 Month lows.

Despite this lull in attention, the 8th biggest Digital Asset is scheduled to undergo the Vasil Hardfork at the end of July, which should greatly improve dApp and Smart Contract experience on Cardano. pic.twitter.com/8gGuF1gxZQ

Most surprising is the trading volume, whose daily average over the month has literally plummeted below $900 million from $2,000 million at the beginning of the year.

Then again, the price has also been suffering for some time, so much so that compared to the highs of last September it is still down 82%. The price graph does not turn out to be perfectly superimposable with that of trading volumes or tweets, but the trend over the medium term is basically the same.

In particular, the downward trend is more linear in terms of price, while it has experienced sharp swings in terms of exchange volumes.

The TIE also points out that very shortly there will be the Vasil hard fork, which in theory should greatly improve the experience of Smart Contract dApps on Cardano, and that, therefore, it seems strange that the volume of tweets is not substantially increasing either.

Of course, it is not only Cardano that has performed poorly in recent months in terms of trading or tweet volumes, though in the past usually when major events, such as the Vasil hard fork, were about to occur, it had always managed to generate a significant increase in interest. On the other hand, the value of ADA is not rising significantly either, despite a +7% in the last week perfectly in line with that of other cryptocurrencies.

The general interest exerted on ADA and the cryptocurrency market

All this could change in the event of a sharp rise in price after the fork, although typically this type of rise occurs before the event that is supposed to cause it.

Moreover, there is another issue at stake involving ADA, namely the listing on Robinhood.

ADA is currently not included among the tradable cryptocurrencies on Robinhood, despite the fact that many users are incessantly requesting it. The platform recently listed UNI (Uniswap), and in recent months MATIC (Polygon), SOL (Solana), COMP (Compound) and even SHIB (Shiba Inu), as well as LINK (Chainlink).

It seems really strange that in this list there are meme coins like SHIB, or tokens like LINK, while there is no seventh largest capitalized cryptocurrency in the world. It is possible that Robinhood’s choice is due to the not particularly high trading volumes, despite being higher than SHIB and LINK, for example.

The post ADA (Cardano) at six-month lows in sentiment and volume appeared first on cryptodailynews24.com.