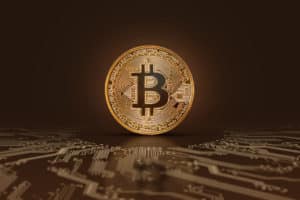 Peterffy recently gave an interview to Forbes in which he says he believes the possibility of Bitcoin becoming worthless or outlawed is very high.

According to Peterffy, investors need to start getting used to the current high levels of inflation, because he believes inflationary pressures will continue for years, not months.

The causes of inflation would be coming from as far back as chronic US deficit spending, continued disruption of supply chains, self-imposed environmental, social and governance requirements by companies that increase production costs, and, paradoxically, even rising interest rates.

In fact, interest rate increases would also increase the amounts the US has to pay to honor its debt, i.e., a vicious cycle that will eventually explode the debt.

He also does not believe that the Fed will really do whatever it takes to reduce inflation because of the fear of destroying the economy. Peterffy predicts that the US central bank will limit benchmark rates to around 4% and, as a result, inflation will remain around 6% for the next few years.

As for the US stock exchanges, he predicts a further drop in the S&P 500 of more than 20%, after falling more than 20% from last November’s highs, but this will be followed by a bullish period due to a rise in stock prices as well.

In fact he states::

“This is a great time to do research and accumulate stocks of companies”.

As for Bitcoin, interestingly, he had said in January that investors should consider holding 2% to 3% of their assets in cryptocurrencies to protect themselves from fiat currency inflation.

It seems that he has now changed his mind.

Since January, the annual inflation rate in the US has in fact risen from 7.5% to 9.1%, while cryptocurrencies have lost much of their value. However, if one takes the pre-pandemic situation, that is, before the Fed started flooding the markets with dollars created out of thin air, Bitcoin’s value has practically doubled.

In this regard, he said that the US government may seek to ban cryptocurrencies, particularly because of concerns that digital assets could be used to fund illegal activities, and because of the Treasury Department’s inability to keep track of crypto payments and collect taxes.

Interestingly, he still holds some BTC, and even plans to buy more in the event of a further price collapse to $12,000.