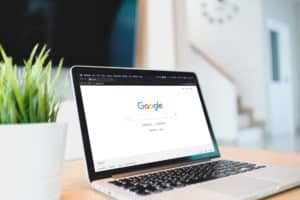 Alphabet, Google’s parent company (GOOGL), announced in February this year its second split, which was greatly rejoiced by traders and major shareholders, as well as generally catalyzing the curiosity of insiders.

The company had already experienced a split, so this is nothing new, but the timing is very different, as is the ratio of handouts.

In 2004, the year of the first split, the ratio consisted of 2:1. This meant that for every stock in the portfolio the investor was given an additional one.

In this precedent, volatility had been fairly low, and following the share redistribution, the shareholders, after an initial gain in nominal terms of just over 2%, had ended the year with the stock at a loss of 5 % from the date of the transaction.

In that case, however, each class A share was allotted one class C share, unlike yesterday’s operation.

In February of this year (the stock was trading at about $120) the US company had announced another split, the second in its history, sparking much excitement around the stock.

In this case, for every share held in its securities portfolio, the company would give 19 more shares (the ratio in this case was 20:1).

The deal appealed to many, not only careful investors and traders, but also last-minute dreamers.

The stock fell, as did everything else in the market, reaching about $115/117 per share, without triggering too much astonishment given the current state of the markets.

The stock split and redistribution was scheduled for yesterday and the stock eventually traded for $111 per share with volatility in the normal range.

The operation does not affect the company’s fundamentals or its value. It is more of an operation that can calm the price.

The history of splits in the stock market

Some time ago, there have been other cases of splits that essentially represent a kind of stock dividend for investors.

Companies such as Amazon and Shopify have experienced this before with different outcomes in certain respects.

Shopify, on the other hand, showed a smaller loss that stands at just over 3%, but it leaves 76% of its value on the field since the beginning of the year.

This is normal because the shares were redistributed at a 20:1 ratio and the transaction was precisely to facilitate the purchase of the shares by new investors.

Alphabet’s Chief Financial Officer Ruth Poret, explaining the reason for this operation in some recent statements expressed herself as follows:

“The reason for the split is to make our actions more accessible, we thought it made sense to do so”.

The post The 20:1 split of Google appeared first on cryptodailynews24.com.