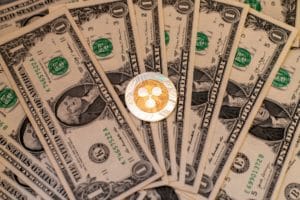 Jed McCaleb sells all of his XRP

Jed McCaleb, former co-founder of Ripple, has succeeded with a final 1.1 million XRP transaction to fully deplete his wallet.

Over the last weekend, Jed McCaleb found an opportunity to sell the last remaining XRP in his wallet on the market. The transaction turns out to be 1,108,819 XRP precisely, the equivalent of $390,000 at current market values.

It was made on 17 July and, as it is reported by the portal dedicated to monitoring the wallet in question, there now remains the derisory sum of 196 XRP.

As a sign of a small milestone, ending a story that has lasted as long as 9 years, the news was made public on Twitter by Ripple’s official account:

Starting the week off with some XRP history and context of Jed McCaleb’s “tacostand” wallet. https://t.co/DXPL7CueUl

The tweet is accompanied by a statement from the Ripple team briefly explaining the dynamics of this affair.

In 2012, when the XRP Ledger was created, Jed McCaleb owned a total of 9 billion XRP.

Initially, his goal was aligned with that of the other two developers, David Schwartz and Arthur Britto: to create a blockchain that was different from Bitcoin’s, focused on scalability and speed of transaction execution.

When Ripple’s distributed ledger was launched, 100 billion XRP were issued, 80 billion of which were donated to the company, originally called NewCoin, Inc.

In 2013, due to internal conflicts, Jed decided to leave the company, announcing his willingness to sell all of his XRP.

Since then, the sale has been taking place with regularity in the market, essentially for two reasons. The first is related to a liquidity issue, as the larger a position is, the more difficult it is to find a counterparty capable of fulfilling the transaction at once

The second reason turns out to be related to cryptocurrency price fluctuations. Indeed, the massive sale of all units would have resulted in a temporary shock in the supply of tokens, which would have had a significant impact on the value.

The deal between the former co-founder and Ripple

In 2016, Jed McCaleb managed to strike a deal with Ripple that basically consists of complying with certain rules related to the sale.

As already mentioned, this was done consistently and the daily amount was not to exceed a maximum threshold, proportional to the market volume. The reason is very clear: not to generate too much selling pressure on XRP.

In addition, Jed had to pledge to donate 2 billion units to a charitable fund, a nonprofit of his choice.

Lastly, the former co-founder agreed to also sell his shares in the Ripple company.

The post Jed McCaleb sells all of his XRP appeared first on cryptodailynews24.com.