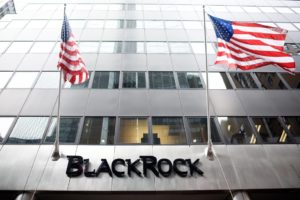 Former Blackrock Executive Edward Dowd states that Bitcoin is here to stay and has the qualities to enter everyone’s wallet.

He said this during an interview on Layah Heilpern‘s podcast, adding that when Bitcoin matures it will likely beat even gold, thanks to unique features such as the ability to be traded digitally.

According to Dowd, while gold remains a viable investment, Bitcoin would actually have a better chance as a store of wealth, since unlike gold it can be traded more easily, and also used for payments.

“Bitcoin is here to stay. It is going to be a part of everyone’s portfolio. At least with Bitcoin, you can exchange it digitally, and gold is a much tougher sale for me. I’m not against gold, and having some gold is not a bad idea”.

Dowd does not foresee any real competition between gold and Bitcoin, but in fact suggests that both could have a place in investors’ wallets.

Interestingly enough, these days there are those instead who are arguing that over the long term Bitcoin could be banned and disappear, so Dowd‘s statements seem to run somewhat counter to the current prevailing narrative in mainstream markets.

Dowd is not the classic old-school advocate who is now too old to appreciate revolutions and momentous changes, but an investor with still a long time ahead of him. It is possible that older investors tend to be less interested in what will happen in the long run, and Dowd does not fall into this group.

On the contrary, he believes Bitcoin‘s current up-and-down growth path is actually helping its chances of staying longer.

Moreover, the former Blackrock man reiterated that, over time, Bitcoin will become increasingly distinct from the rest of the crypto market, believing the latter’s current state is similar to that of the dot-com, when most companies disappeared leaving only the strongest ones to survive.

At that time, namely in the early 2000s, the speculative bubble on the so-called dot-coms popped, resulting in a big cleanup of unsound projects that simply disappeared. Among those that remained, there was Amazon for example, which later became a full-fledged behemoth. According to Dowd, Bitcoin has the potential to become the Amazon of cryptocurrencies.

Indeed, he believes its growth is driven by its key features that make it better than central bank-issued currencies, including transparency, freedom, and technology.