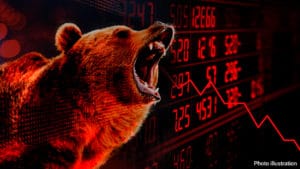 Crypto sentiment: Filecoin and PancakeSwap ranked at the top

According to the latest data collected by SentiFi‘s report covering the week ending 15 July, Filecoin (FIL) and PancakeSwap (CAKE) are among the cryptocurrencies that have received the most media attention and whose sentiment therefore seems positive.

The case of Filecoin

With a sentiment of 57 points and an attention buzz rate of 24%, Filecoin ranks second with positive sentiment.

Such media attention could be the cause and consequence of FIL’s soaring price, which is currently up more than 8% over the past 24 hours, according to CoinMarketCap data.

There has been no big news from the company in recent days, but what may have influenced the attention buzz is the “State of Filecoin Q2 2022” report released five days ago by data analytics firm Messari.

The lengthy report states that in the last quarter, Filecoin increased storage agreements by 128%, with storage capacity growing by 7%. Project revenues were up 264% from the previous quarter.

Such positive numbers may therefore have led investors to buy more and thus also drove up the FIL token.

In any case, the report produced by SentiFi mentions not only Filecoin but also other projects. In fact, at the top of the ranking, with a score of 77 points and a media attention of 139% we find the Private Instant Verified Transactions (PIVX) project.

Despite being ranked 706 by market capitalization and thus theoretically not under SentiFi’s radar, PIVX has risen more than 30% in the last 24 hours, and this has obviously triggered a major influx of posts and interactions on social media.

Launched in December 2016, it is an open source blockchain run by a DAO that was already being talked about in the Bitcointalk forums in 2015.

PancakeSwap amid ups and downs in sentiment

Despite a 69% loss since last week, PancakeSwap (CAKE) is in third place in the rankings with 53 points. The reason for this is easily explained: a giveaway on social that allowed those who tweeted to win CAKE tokens.

We have the winners of the #PancakeWorld event!

You showed us all your love, and the Chefs felt they travelled around the world with the entire PancakeSwap family.

We had a great number of participants, and here are the winners!

SentiFi is a data provider that analyzes over 50 thousand stocks, shares, currencies, and cryptocurrencies for investment funds, retail investors, and so on. As for crypto, SentiFi studies 100 crypto and tokens, the top ones by market capitalization.

Most of the data analyzed comes from the Internet in terms of scanning with artificial intelligence (AI) what is being said online on social media, blogs and news to understand market sentiment.

The post Crypto sentiment: Filecoin and PancakeSwap ranked at the top appeared first on cryptodailynews24.com.