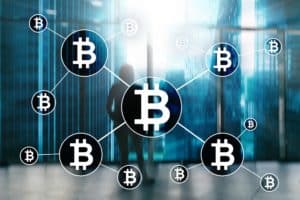 The crypto market fell more than 55% in the second quarter of 2022, and capitalization fell below one trillion in value.

These figures emerged from a newly released report by cryptocurrency aggregator CoinGecko.

The report analyzes the heavy repercussions the market has suffered since the May collapse of the Terra ecosystem and its stablecoin UST as well as the bankruptcy of crypto fund Three Arrows Capital (3AC).

DeFi at a loss

The market has been declining heavily, across all its components including DeFi, whose market capitalization has fallen sharply, from $142 million to $36 million in a span of 3 months. Since 1 April, the DeFi market has lost 74.6% of its value.

Stablecoins have lost 18% of their value ($34 billion capitalization). Meanwhile, NFT trading volumes also fell to a new intra-year low in June (-26.2% on a quarterly basis). With 83% of NFT market share in June, Ethereum is still by far the dominant blockchain.

The dominance of Bitcoin remains constant

“The hype surrounding cryptocurrencies has far outpaced real progress and was never going to be sustainable. Even though there will always be collateral damage from market withdrawals, it helps to focus the industry on the real fundamentals”.

So noted Bobby Ong, co-founder and COO of CoinGecko in explaining the key findings of the report. “Tough times are the best time to build”.

Returning to the report’s data, it is worth noting that Bitcoin posted a loss just slightly below the market, reporting -55.8%.

Bitcoin’s total hashrate became increasingly erratic and volatile in the second half of the second quarter, perhaps also due to the lower mining activity that became less profitable as prices plummeted.

It performed worse than the Ethereum market, which left more than 67% of its value on the ground in Q2 2022. For the same period, the share of Ethereum locked in staking grew by 17.8%, nearly 13 million pieces, 11% of the total.

The post Crypto market continues to fall in Q2 appeared first on cryptodailynews24.com.