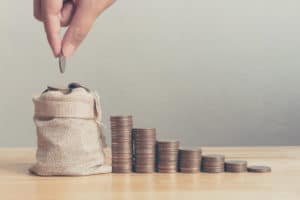 Biden and the nightmare of inflation

Worrying data had been expected on inflation, and the fact that it was even worse than expected has put a strain not so much on the markets, which were already expecting dark times, but rather on the political future of the US presidency.

Biden is often blamed for measures taken together with the FED and FOMC because, while they have been strong, they did not turn out to be that effective.

Results are delayed for multiple reasons. While on the one hand the Fed is raising rates progressively to the tune of 75 basis points (and believed to be 100 basis points at the next meeting) with the other hand it continues the expansionary policy of printing money.

The two measures are going in the opposite direction, yet the deficit hanging sharply on raising rates is part of the so-called “soft landing” strategy.

A realignment of the CPI to acceptable values between 2% and 3% is the goal of the US Central Bank, but it is to be achieved without an abrupt slowdown in the economy or at least not so abrupt as to create too many problems for the country and especially its president.

“The Fed’s balance sheet just expanded for the third consecutive week in June.

The $ 1.9 billion increase increased the Fed’s balance sheet size to $ 8.934 trillion. I wonder when the Fed will stop creating inflation by ending quantitative easy and actually start fighting it by starting”.

In response someone pointed out:

“They have to keep buying because their resources mature. They are buying less than what is accruing to reach the expected budget contraction. To follow it day by day, you need to know the exact deadlines, but it is certainly still shrinking at the correct pace”.

Other users disagreed with the statements and said about the Fed that they have “proven repeatedly that they are buying far more than their own March estimates”.

Inflation and the war in Ukraine

Another reason why White House policy is under the stress of strong criticism is the large allocation of resources for the war in Ukraine, which is seen by the public as a minor issue and therefore a source of protest.

Recently, $840 billion was allocated for military spending through 2023 and the measure passed with the highest consensus noting how funding for American military interventions is a bipartisan trend involving both Republicans and Dems.

Meanwhile, Biden’s great political rival continues his policy of media exposure that seems to be definitely working, at least in the polls, to the point of greatly worrying the current president.

The lawsuit over the alleged coup on Capitol Hill seems to be at a standstill, even though it is still the center of attention. However, this does not seem to matter to Americans who currently prefer Trump to the current White House tenant.

The issue of global warming and combating pollution is also another topic to which Biden and his staff are very committed but despite the fact that this issue also resonates with the public, there is still inflation first.

Reducing the CPI figure is the priority of Americans and the president has well understood that.

The post Biden and the nightmare of inflation appeared first on cryptodailynews24.com.