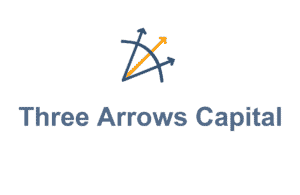 Three Arrows Capital (3AC) co-founder Zhu Su turns out to be among the creditors of the company that went bankrupt in late June.

I've just seen the list of creditors to #3AC and noticed that @zhusu has filed a claim for $5 million. While being on the run, he has somehow found the time to diligently and ruthlessly fill out forms to pursue a claim against his own Fund. https://t.co/YFfWmYZOoM

This was revealed on Soldman Gachs’ Twitter profile, himself a creditor of 3AC.

Reviewing the list of creditors waiting to be repaid by 3AC, Soldman Gachs noticed that co-founder Zhu Su’s name appeared among several names.

Zhu Su is in fact seeking a $5 million refund from the company he co-founded, and which is bankrupt.

“While being on the run, he has somehow found the time to diligently and ruthlessly fill out forms to pursue a claim against his own Fund”.

It also revealed that creditors include ThreeAC Limited, or the fund’s investment manager, which is seeking a $25 million refund, as well as Algorand, Celsius Network, CoinList, Galaxy Digital, BlockFi, and BitGo among others.

The total repayments demanded by creditors as a whole is around $2.8 billion, but there would be more demands coming.

However, it is quite unlikely that the bankruptcy trustees will be able to repay everything to everyone, so the creditors will probably have to accept a loss, although the amount is not yet known.

What turns many people’s noses up is that both Zhu Su and ThreeAC Limited may have had some kind of role in the fund’s failed management, so it sounds rather jarring that they are asking for money back.

In fact, Zhu Su was an advocate of the Terra/Luna ecosystem, and it appears to be the implosion of this ecosystem that ultimately caused the failure of 3AC.

The fund’s investment manager himself was in fact responsible for the fund’s own careless investments that led it to accumulate unsustainable losses, thus it is curious, to say the least, that the two are asking to be reimbursed.

However, this does not detract from the fact that bankruptcy trustees will prioritize, and thus some creditors may eventually receive less than others proportionately.