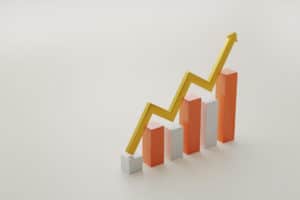 Spectrum Markets: trading up 96% thanks to crypto

Spectrum Markets announced that trading volumes for the second quarter of 2022 grew 96% compared to the same quarter last year.

Spectrum Markets is a pan-European trading venue for securitized derivatives based in Frankfurt and regulated by BaFin. It recently released its second quarterly corporate update of the year.

As many as 40.2% of individual trades in the quarter took place outside traditional hours, namely after 5:30 PM and before 9:00 AM CET.

In fact, off-hours trading on cryptocurrency turbo warrants alone accounted for 53.9% of flows in the quarter.

In addition, Spectrum welcomed one of Italy’s largest independent investment banks, Equità, as a direct member of the exchange, thereby incorporating a significant new source of trading volume.

According to Spectrum Markets CEO Nicky Maan, the trend of European retail investors being very active during out-of-hours trading will persist, despite a broader downturn in trading triggered by economic uncertainty in the macro environment.

In such a context, Spectrum‘s second-quarter gains might appear to be an anomaly, but are instead easily explained precisely by the addition of cryptocurrency trading, and the new turbo warrant products in this regard. After all, as far as crypto markets are concerned, the quarter just ended was filled with news and change, with a lot of volatility that is often appreciated particularly by retail speculators.

The post Spectrum Markets: trading up 96% thanks to crypto appeared first on cryptodailynews24.com.