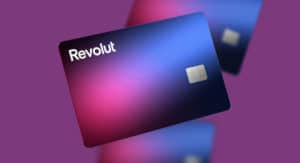 Revolut surpasses 20 million customers and has over 5000 employees

The British fintech app Revolut, whose seventh anniversary is coming up soon, announced today that it has surpassed 20 million retail customers worldwide, processing more than 250 million transactions per month.

In the wake of this positive news, the company continues to hire and currently has more than 5,000 employees worldwide. Over the past year, Revolut has opened many offices to become increasingly global. New York, Tokyo, Madrid, Barcelona, Paris, Mexico City, Berlin, Budapest and Bucharest are just a few of these as it will soon also open in Mumbai and Bangalore.

Nikolay Storonsky, CEO of Revolut, commented on these milestones this way:

“Revolut reaching 20 million customers and 250 million transactions a month is another milestone we’re proud of. When we started Revolut seven years ago, we wanted to give people more control over their financial well-being through the use of our technology, offering a service that addresses all their financial needs in one place. We are still a young business, but our growth over the last few years shows the increasing demand for our products all over the world. As important as this milestone is, we are still at the start of our journey and intend to keep pushing the boundaries of financial innovation to build the world’s first global financial superapp. This is just the beginning…”

About Revolut and its services

Founded in the United Kingdom in 2015, Revolut is an app for both retail and business customers to send money, make currency exchange and spend via debit card. The app also allows peer-to-peer payments, a piggy bank feature to set aside one’s savings, a Junior account to teach children about money, a hotel booking feature with cashback stays, and more.

In the recent period, Revolut has also launched new features including On Demand Pay in the UK, personalized loans and Pay Later in Ireland, and was named among the TIME100 Most Influential Companies. With services offered in 36 countries, Revolut’s expansion continues, with new markets to be launched soon including India, Mexico and Brazil.

In Italy, in particular, Revolut has reached more than 850,000 retail customers, with 750% growth over the past three years. The company recently launched a major integration for customers in the Bel Paese, who since last February have been able to pay all pagoPA notices via app and without a fee.

“In just seven years, Revolut has grown exponentially. We are now more than 5,000 strong, with new and long-standing staff helping to deliver for our customers on a daily basis. Today’s announcement, as well as the company’s seventh anniversary, is one to savour and enjoy, but it is also evidence that there is still so much to achieve in this space. We remain focused on developing new and innovative products for our customers, and look forward to celebrating the next milestone in the near future”.

The post Revolut surpasses 20 million customers and has over 5000 employees appeared first on cryptodailynews24.com.