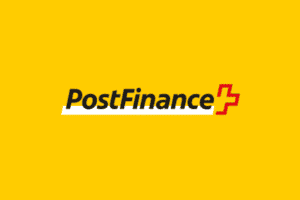 Swiss Post launches its own Bitcoin trading and custody platform

The banking branch of the Swiss Post, PostFinance, is the fifth largest retail bank in Switzerland and will launch its own exchange platform for trading and custody of Bitcoin by 2024.

In a note, PostFinance, which is in charge of the postal service in Switzerland, says it will launch its cryptocurrency exchange by 2024.

The service will be custodial, meaning it will also provide custody of crypto as well as enable trading operations.

Post Finance is said to have always been very open to this type of asset, although, according to cryptodailynews24.com’s sources, the institution has closed many accounts over the years in the name of companies more or less involved in the cryptocurrency world.

In any case, from now on, PostFinance’s 2.69 million customers will be able to hold, trade and make payments online, directly by accessing the exchange platform from the app.

The service contributes to the spread of the digital currency asset and obviously broadens the base of people with Bitcoin in their wallets.

“Our clients want direct access to this market through their in-house bank. Given the growing institutionalization of cryptocurrencies over the past 18 months, this is an ideal time to enter the market”.

PostFinance and the Yuh app

PostFinance had already launched a cryptocurrency app called Yuh in the past. In fact, it had been talked about since May 2021, when it was released on the Apple App Store or Google Play Store.

The app, at the time, was funded by PostFinance itself along with Swissquote and allowed for investment in 13 cryptocurrencies.

The other providers of crypto custody services

Traditional banking institutions such as Julius Baer, LGT Bank, Goldman Sachs, JP Morgan, and Fidelity are among a group of banks that have already adopted the innovation that blockchain and the crypto world have brought by offering exchange platforms for their account holders.

These institutions complement an offering already in the marketplace consisting of all those exchanges that cover the bulk of investors.

Platforms such as Coinbase or Binance are industry leaders and offer advanced trading and excellent custodial service.

In the past week, for example, Binance has made headlines for zeroing out its fees with a consistent increase in transactions and account holders.

Some analysts believe that the appreciation of Bitcoin, which has outperformed gold in the past week, is complicit not only in the deleveraging achieved by the BTC price, but also in Binance’s move to bring fees to zero, giving a boost to the entire crypto sector.