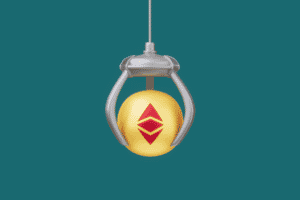 Michael Saylor: “Ethereum is a security”

According to MicroStrategy CEO Michael Saylor, ETH (Ethereum) would “obviously” be a security, while BTC (Bitcoin) would be the only real commodity in the cryptocurrency sector.

Michael Saylor’s thoughts about the nature of Ethereum

He stated this during an interview last week in response to an explicit question about the classification of Bitcoin and Ethereum.

On whether BTC is a commodity, i.e., an asset used in the markets, there is little doubt, so much so that even the chairman of the SEC reiterated this recently.

However, with regard to other cryptocurrencies and tokens, excluding stablecoins, there has long been much doubt as to whether they can be securities.

A security is a fungible, tradable financial instrument that holds some kind of monetary value, but also represents a position of ownership, for example in a publicly-traded company, a bond receivable, or the ownership rights represented by an option .

It is well known, for example, that the SEC is suing Ripple, accusing it of initially issuing XRP as a security, rather than as a commodity, and that it believes it is plausible that many other cryptocurrencies, and tokens, are actually disguised securities, rather than, for example, mere means for exchange or utility tokens.

In the US, they have developed the so-called “Howey test” to determine whether a given asset corresponds to a security, and apparently many tokens or cryptocurrencies launched through ICOs would meet the definition of an “investment contract” under this test.

What Saylor is pointing out is that Ethereum was also launched through an ICO, in 2015, and thus could fall under the definition of “investment contract”. In this case ETH would not be a commodity, like BTC, but a security, governed by completely different and much more stringent rules.

The “security” label would be life-changing for many crypto assets

Michael Saylor: Ethereum is a security while Bitcoin is the only commodity

Moreover, he added that ETH has its own management team (whereas Bitcoin does not), has been partly pre-mined, undergoes continuous hard forks not decided by the community, and continuous changes in the protocol, like the difficulty bomb that will disrupt ETH mining after the Merge.

According to Michael Saylor, a digital asset that can be called a commodity must be supported by a fully decentralized protocol that cannot be changed by anyone even if they wanted to.

The key point for the MicroStrategy CEO is the existence or absence of “an issuer”. Bitcoin does not have and never has had an issuer, as all existing BTC has been mined by miners, whereas Ethereum has.

Moreover, by “security” in the crypto space, Saylor means something that can be arbitrarily changed by a management team.

According to Saylor, all cryptocurrencies based on Proof-of-Stake (PoS) would be security and also very risky.

He is actually not the only one who thinks this way, although the SEC does not seem to agree. Since the SEC is precisely the US government agency that oversees the security market (Securities and Exchange Commission), it mostly takes its word for it, and until now it has always implied that it also considers ETH a commodity alongside BTC.

The post Michael Saylor: “Ethereum is a security” appeared first on cryptodailynews24.com.