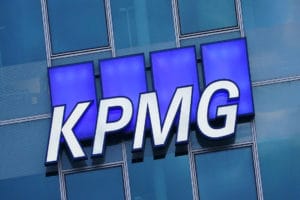 The famous consulting firm of the Big Four, KMPG, will be responsible for the audit of the new stablecoin pegged to the British pound, GBPT.

This project is being launched by fintech firm Blackfridge. Soon this so-called “pound token”, will be listed on dozens of crypto exchanges such as Gate.io, Bittrex Global and Uniswap, as announced on Monday.

The stablecoin will be 1:1 with the pound, which means Black Fridge will have to secure exactly the same number of pounds with respect to how many tokens will be launched.

The stablecoins are regulated in the Isle of Man, by the country’s financial authorities, and KPMG will be auditing them, demonstrating on a month-to-month basis that the stablecoin tokens are actually being held by Blackfridge and in the correct amount.

Nicholas Maybin, COO of the stablecoin project, explained that he believes GBPT will become an “integral part of the crypto sector”.

Even Tether enters the sterling market

Not even a month ago, on 22 June to be precise, Tether also announced that it would launch its stablecoin pegged to the pound, GBPT, on Ethereum.

Circle also announced that it would launch a new stablecoin, this time pegged to the Euro, EUROC.

The UK and its relationship with crypto

By the end of May, the UK had stated that it wanted to regulate stablecoins more.

In March 2022, a survey conducted by OnePoll and commissioned by Tokenise had revealed that 24% of Brits are ready to invest in tokens or NFTs. All this interest and in view of the collapse of the Terra-Luna ecosystem and UST stablecoin, crypto regulation may soon increase in the country.

Despite this, contrary to what will be imposed by MiCA regulation in Europe it appears that in the UK it has been decided not to force crypto companies to submit transaction information on so-called “unhosted”, or non-custodial, digital wallets.

The decision reportedly came as a result of feedback from users, academics and industry experts.

The post KPMG responsible for audit of GBPT stablecoin appeared first on cryptodailynews24.com.