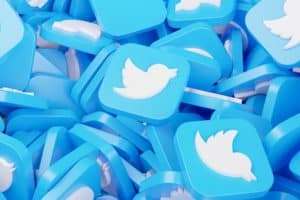 The current value, below $37, is 17% lower than the beginning of the year and 45% lower than a year ago. It is also 32% below the price of $54.2 a share that Elon Musk offered in April to take over the company.

Friday’s plunge is due to news that Elon Musk has decided to stop the takeover process, withdrawing his offer.

The letter sent to the SEC by his attorneys states that the reason given by Musk is that Twitter is in violation of multiple provisions of the agreement, particularly by providing false and misleading statements that Musk had relied on when he entered into it.

They claim that for nearly two months, Elon Musk sought the data and information needed to make an independent assessment of the prevalence of fake or spam accounts on the platform and that Twitter ignored or rejected these requests.

The company has responded that it will take the matter to court in hopes that the court will, in fact, force Musk to buy it at $54.2 a share.

The highest peak in Twitter’s share price in the past year occurred on April 5, just after Musk announced his intention to buy the company. It reached as high as over $54.5 a share, although it had already fallen below $50 the next day.

To see similar values again, one has to go back to November 2021, when the entire New York Stock Exchange was at an all-time high.

Until September 2020, only on rare occasions had the price exceeded $40 a share, while by February 2021, it had risen to $80. Compared to that peak, the accumulated loss over the months is now 54%.

Note that while many other companies saw their share price rise further after February 2021, to peaks in November and December, Twitter’s share price, on the other hand, had begun to suffer as early as March.

For example, Tesla, from February 2021 to the November peak, had gained an additional 42%.

Musk’s acquisition could boost the stock price back up

Thus, Twitter’s stock price has been struggling for nearly a year and a half, so much so that it has even returned well below its initial $50 in November 2013.

However, Musk’s initiative may not be completely over yet.

This morning, in fact, he posted a tweet in which he rejoices that the court action by Twitter’s current largest shareholders may inevitably force the company to finally disclose the real data regarding bots and fake accounts.

It almost seems as if Musk wants Twitter to disclose that it has provided inflated data, i.e., unadjusted for fake accounts, duplicate accounts, and bots, so the company’s value will fall further. What is happening in the stock market to the shares does seem to be heading in this direction, so much so that it is perhaps possible to speculate that Musk himself, in the future, might be interested in making a new offer at a price well below the $54.2 of the one he withdrew.