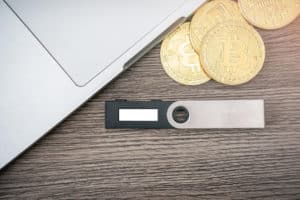 Due to the restrictions introduced by foreign sanctions against Russia, many are opting to use crypto, which is why demand for hardware wallets, one of the safest ways to store these assets, is increasing in the country.

In the March-April period, companies such as Tangem and Ledger, which produce hardware wallets, saw a growing demand from Russian users, Russian business newspaper Vedomosti reported.

In fact, demand for this type of device reportedly grew eightfold in the first quarter.

Tangem, a company that produces credit-card-shaped hardware wallets, said that since the beginning of the year it has seen its sales increase partly because its products have become cheaper.

In late June, the Kremlin had approved a bill in the Duma that would exempt those working with crypto in Russia, directly or indirectly, from paying VAT. The bill would also include a tax rate on income from gains due to cryptocurrency sales.

This could result in Russia becoming a more crypto-friendly country.

Moreover, in late May, Russia had enabled cryptocurrency invoices to legal entities on international transactions.

As such, these moves seem to be moving toward positive regulation with regard to cryptocurrencies at a time when to circumvent foreign sanctions, crypto is one of the few solutions.

Despite this in late June, there was a backtrack regarding the possibility of accepting Bitcoin payments on international transactions. On the flip side, however, the Russian Ministry of Finance explained that cryptocurrencies could be used for small payments, though not for payments related to exports of raw materials or other goods.