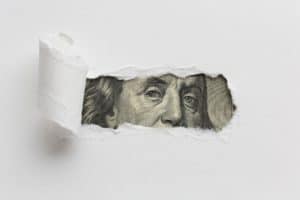 Refunds are coming for those caught up in the Mt. Gox scandal

The plan for repayments had been drawn up more than a year ago, while in October it received approval from creditors.

In today’s letter, the bankruptcy trustee says it is currently preparing to make repayments in accordance with the approved rehabilitation plan, which was made final and binding on 16 November 2021 by the Tokyo District Court’s confirmation order.

To provide further information to creditors on how the plan will proceed, documents have been posted on Mt.Gox’s website regarding information on the repayment procedures, an overview of these procedures, and the status report on the process updated as of 6 July 2022.

These documents contain the most detailed information that can be disclosed at this time.

It appears from these documents that currently the value of funds available to the receiver is about 66.5 billion Japanese yen, or about $490 million. This is approximately 141,686 BTC and 142,846 BCH.

The redemptions will be paid either in fiat currency or cryptocurrency, if desired.

How will the redemptions take place

For fiat currency payments, it will be possible to request credit to a bank account, or to PayPal and NIUM. The available currencies are dollars, euros and yen.

On the other hand, for cryptocurrency payments, it will not be possible to have them sent to one’s own non-custodial wallet.

In fact, it will only be possible to indicate on which exchange to receive the funds by choosing from a short list of exchanges that has not yet been announced.

This is precisely why it may be hypothesized that cryptocurrency payments will not begin anytime soon. On the other hand, priority will be given to fiat currency payments.

The date of the start of payments in BTC and BCH is not yet known, but it will still be necessary to wait for the green light from the Court as well.

In light of this, and given the very long timelines to date, it is difficult to imagine that the release of Mt. Gox’s BTC and BCH can take place anytime soon.

It is also not yet known how many creditors will be paid in fiat, and how many, on the other hand, will receive BTC and BCH, so it is not yet possible to know either how many Bitcoin will be sold directly by the receiver to collect fiat currencies to be paid to creditors, or how many will be returned as such on selected exchanges.