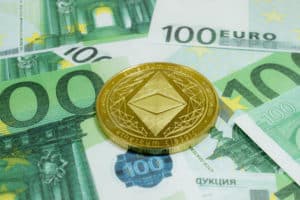 Ethereum price on the rise

The price of ETH (Ethereum) has recently been on the rise after spending entire weeks in the red.

Ethereum price begins to recover from the big drop

During the current phase of decline, which began in mid-November 2021, the lowest peak was just last month, below $900. At that time, there were several fears regarding the possibility that the decline could continue further.

However, after an initial immediate rebound to $1,100, the slump seemed to be halted.

Particularly since Monday, July 4, the price has started to rise a bit, so much so that it has even returned well above $1,200.

Right now, the price of ETH is 18% higher than it was on Monday, although this momentary recovery has merely brought it back to values similar to those before the mid-June crash. Compared to the June 18 low, the recovery has been nearly 40%.

Despite this, it is still as much as 74% below the all-time high recorded in early November.

Certainly, a role in this temporary ascent is being played by positive news concerning the Merge. In fact, to tell the truth, in June, it seemed rather strange that the price of ETH was struggling so much, although several positive news stories about the move to PoS kept coming out.

Suffice it to say that from April to its lowest peak in June, the price had fallen 73%, right around the time when the first successful Merge tests were being conducted.

That seemed a decidedly abnormal descent, not so much because the price was falling but more because of the full-bodied size of the drop.

Perhaps, however, at that stage, which began in mid-November 2021, the negative impact of the very strong retracement of U.S. financial markets after the Fed’s decision to end quantitative easing, and to begin withdrawing liquidity from the markets, mattered more.

Now that phase seems to be over because investors and speculators seem to have finished repositioning their capital, so there may be more room for fundamentals.

The positive news about testing the Merge of the new Beacon Chain with Ethereum’s current PoW-based blockchain is precisely part of those fundamentals, and it is possible that as of the end of June, they are back to have a significant impact on the price.

In fact, for now, it is still too early to say that ETH’s 40% price recovery from the June low is a clear sign of a reversal, but at least it seems clear that the long repositioning phase following quantitative tightening is over, or at least momentarily halted. It remains to be seen whether the current upward momentum will last or whether it will be short-lived.

The post Ethereum price on the rise appeared first on cryptodailynews24.com.