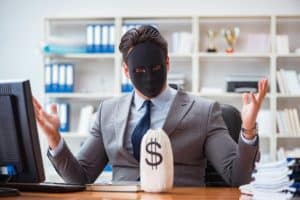 Celsius is being sued for fraud

Celsius Network has been sued for fraud. The complaint was filed by the U.S. company KeyFi in New York State court.

The allegation is that it failed to pay several million dollars to KeyFi as required by a profit-sharing agreement.

You can find a copy of the filing here. I hope that this sheds some light not only on the history of 0xb1, but on how @CelsiusNetwork has conducted itself over the past few years in general. https://t.co/FNHs7fDb3B

KeyFi founder Jason Stone was an employee of Celsius Network in 2021.

In the 32-page-long complaint, Stone called Celsius a Ponzi scheme, although KeyFi worked with Celsius from August 2020 to April 2021, staking and implementing DeFi strategies for the platform. During this period, KeyFi allegedly generated hundreds of millions of dollars in profits for both parties.

These were transaction fees, staking rewards, and “other appreciating assets.”

“Its investment strategies would not prevent it from repaying its depositors in kind.”

Stone would also have an anonymous Twitter profile, 0xb1, on which he posted further details.

For example, in January last year, he wrote that many large institutions were working with Celsius, while yesterday, he revealed that by late February 2021, they had discovered that Celsius had lied because it was not protecting their funds and that the entire portfolio had “naked exposure to the market.”

It also added that Celsius had shared the private keys of their addresses with them, then transferred hundreds of millions of dollars of their clients’ deposits to them and that when Celsius and KeyFi separated in March 2021, they were managing nearly $2 billion in assets together.

Shortly after, Celsius shared the private keys to the addresses with us, and over the ensuing months transferred hundreds of millions of dollars of customer deposits to us for to invest. By the time Celsius and KeyFi parted ways, we were managing nearly $2 billion of assets.

KeyFi’s motivations for filing the lawsuit

Stone says that he tried for more than a year to resolve the dispute with Celsius in a consensual manner because, under signed contracts, Celsius owed KeyFi a significant amount of money. Unable to resolve, they turned to the judiciary.

“Celsius has refused to acknowledge the truth or their failures in risk management and accounting. They have tried to deflect blame to me instead.”

Now, therefore, the floor passes to the judges, who will have to examine what happened to see if Celsius is guilty of any crime.

It should be noted that in recent days things seemed to have improved for Celsius, as it had managed to repay all of the interest accrued on its debts. In fact, on Tuesday, the price of its CEL token had risen as high as $1, almost ten times as high as the June low.

Yesterday, however, it had already fallen just above $0.8 before suddenly dropping even below $0.7 after Stone’s tweets. The current value is in line with what it was after the rebound following the mid-June crash.

The post Celsius is being sued for fraud appeared first on cryptodailynews24.com.