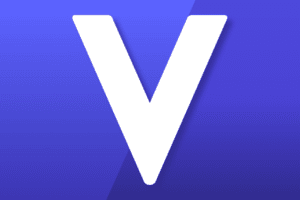 Voyager Digital Holdings filed for bankruptcy yesterday. In fact, it officially filed for what is known as Chapter 11, which is the provision in US bankruptcy law that allows companies a debt restructuring following a major financial failure.

Voyager’s story is linked to that of another bankruptcy, namely that of 3AC.

In late June, in fact, Voyager Digital Holdings itself had placed the Three Arrows Capital (3AC) fund in default, causing a Virgin Islands court to declare the fund bankrupt.

The company demanded that the fund pay $25 million on a $350 million loan, and after nonpayment, it filed for default proceedings.

The problem was not solved by Three Arrows Capital’s filing for bankruptcy, because the non-payments in turn also sent Voyager Digital Holdings into bankruptcy.

After the implosion of the Terra ecosystem, resulting in the collapse of the crypto markets, many companies exposed to cryptocurrencies have gone under, with some of them already bankrupt. Paradoxically, the first one that had shown difficulties, Celsius Network, seems to be making it through to repay all its debts, at least for now.

Voyager had already halted all exchanges, deposits, and withdrawals in early July, only to evidently realize that it would not be able to repay all its debts.

In the document with which they file for Chapter 11, they report that they have more than 100,000 creditors, with assets valued at $1 billion to $10 billion. Unfortunately, apparently, the liquid assets are only $110 million. It appears that the largest creditor is Alameda Research with $75 million.

Companies fail to counter the high volatility of the crypto market

“While I strongly believe in this future, the prolonged volatility and contagion in the crypto markets over the past few months and the default of Three Arrows Capital require us to take deliberate and decisive action now. The chapter 11 process provides an efficient and equitable mechanism to maximize recovery”.

Now clients with USD deposits in their accounts will have to wait at least until the reconciliation processes are completed.

This is not the first, and certainly will not be the last failure in the crypto sector. However, as JPMorgan claims, if the deleveraging phase was nearing its conclusion, one might expect that there would be no more of these resounding debacles for the time being.