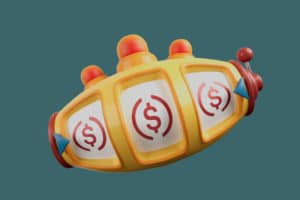 USDC closing in on Tether

USDC’s market capitalization is getting closer to that of USDT (Tether).

USDC and Tether are getting ever closer

Circle’s stablecoin is increasingly becoming a dangerous rival to USDT

In fact, USDT has fallen again. Before the collapse of the crypto markets caused by the explosion of the Terra ecosystem it was about $83 billion, then dropped to $72 billion at the end of May.

Since then, the decline has not stopped, and it had also fallen below 67 billion by the end of June. In recent days it has dropped again, also falling below 66 billion.

In contrast, USDC went up after the market crash in May, and continued to rise until the end of June.

So at present USDC‘s market capitalization is only 15% lower than USDT‘s.

It is worth mentioning that despite these significant movements regarding market capitalization, the price has not changed significantly, remaining for both of them always around $1, considering that these are stablecoins pegged to the US dollar.

Right now the ratio of USDT’s market capitalization to USDC’s is at an all-time low at 1.18. According to some analysts, it is possible that by the end of the year a historic overtaking could also take place, seeing that USDT has always been the world’s largest stablecoin by market capitalization.

However, it must be said that in terms of trading volumes on the crypto markets, Tether’s is still ten times that of USDC.

At this stage, it does not seem very likely that USDC‘s market capitalization will increase by much. The risk is more likely that USDT could continue to fall. In theory, even if it were to fall significantly again, it should not be a problem for the crypto markets.

It is worth noting that a somewhat similar drop also occurred during the bear market of 2018.

Comparison between USDT and USDC

Indeed, at that time USDT’s market capitalization reached a peak of $2.8 billion in October, prior to the November crypto markets collapse. After the collapse it had fallen below $1.7 billion, which was a loss of nearly 40% in about a month. USDT’s current loss in market capitalization is only 20%, in just under two months.

Therefore what is happening in these months does not seem at all abnormal, and is part of the inevitable market adjustments in times of crisis.

This is also because not all of the USDT returned to Tether were subsequently swapped into USDC, seeing that USDT lost $17 billion in capitalization, while USDC gained only $7 billion.

This is therefore more of an overall reduction in exposure to stablecoins than an actual switch from USDT to USDC. However, this transition did in fact occur in part, and it allowed USDC not to lose market capitalization.

Indeed, the reduction in exposure to stablecoins had perhaps begun before the May crypto market crash, because from the beginning of March to mid-May the market capitalization of USDC had fallen, from $53 billion to $48 billion. So it is simply possible that this decline continued on USDT, while the repositioning of some USDT with USDC allowed the latter to break the decline, and even rebound to new highs.

The post USDC closing in on Tether appeared first on cryptodailynews24.com.