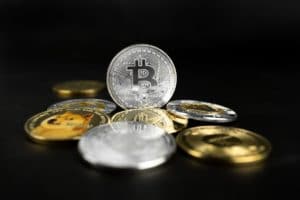 Number of crypto users down 50%

A report by Bank of America shows how the number of crypto users has dropped by 50% in recent months.

The collapse of the crypto market in these first six months of 2022, in the range of 60/70% have also drastically decreased active users of the digital currencies, which have dropped by 50%.

At least that is what a newly released Bank of America report claims, and it covers only the bank’s clients. The bank’s cryptocurrency users fell to less than 500,000 in May from more than 1 million in November 2021, when Bitcoin and some other tokens hit all-time highs.

According to the bank’s analysts, Terra’s collapse has accelerated this trend, and restrictive Fed policies could further affect this trend, predicting further declines in the cryptocurrency market.

Moreover, according to Bank of America analysts, the consistent rise of the greenback will only negatively affect risky assets such as Bitcoin and major cryptocurrencies.

In a report, a Bank of America Institute team that includes David Tinsley, wrote:

“Crypto markets have been rocked by sharp declines in the prices of digital currencies and the collapse of certain stablecoins”.

The bank’s report analyzed all the movements of clients who invested in cryptocurrencies and found this trend. Although the data is partial and does not reflect the amounts invested, the report showed this strong downward trend.

The bear market also affects address activity on the network

In April and June, about 30% of the bank’s clients said they had not invested in cryptocurrencies and had no plans to do so in the future. Bank analysts say that negative sentiment toward cryptocurrencies on the part of its customers would thus have increased.

But the trend seems to be a general one, especially after the collapse of Terra and its stablecoin, which has certainly generated an attitude of distrust toward many crypto companies, which in the opinion of many could go the same way.

Bertrand Perez, CEO of the Web3 Foundation, at the World Economic Forum in Davos, Switzerland, said.

“One of the effects of what we’ve seen last week with the Terra issue is we’re at the stage where basically there are far too many blockchains out there, too many tokens. And that’s confusing users. And that’s also bringing some risks for the users”.

Scott Minerd, chief investment officer at Guggenheim, on the other hand, argued bluntly that most cryptocurrencies are “junk,” but that Bitcoin and Ethereum would survive.

Whereas the CEO of Ripple, Brad Garlinghouse, argued that only a few hundred cryptocurrencies would remain alive in the future:

“I think there’s a question about whether or not we need 19,000 new currencies today. In the fiat world, there’s maybe 180 currencies”.

The post Number of crypto users down 50% appeared first on cryptodailynews24.com.