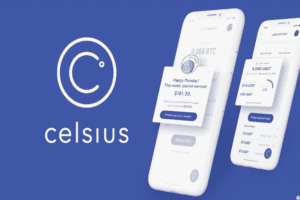 Within two days, cryptocurrency lending company Celsius Network paid off its loans totaling $154.8 million in Bitcoin as the liquidation price dropped yesterday to $2,722.06.

Celsius Network and the payment of its loans in Bitcoin

It appears that cryptocurrency lending company Celsius Network has been paying off its loans in Bitcoin, totaling $154.8 million, with the liquidation price dropping to $2,722.06 yesterday.

JUST IN: Celsius Network has paid off another $40.8 million towards its #Bitcoin loan. Their liquidation price has dropped to $2,722.06

“JUST IN: Celsius Network has paid off another $40.8 million towards its Bitcoin loan. Their liquidation price has dropped to $2,722.06”.

Basically, on 4 July, Celsius reportedly repaid a first $50 million loan in BTC and, after 3 hours, a second $64 million loan in BTC, for a total of $114 million. Yesterday, however, another payment of $40.8 million was made on its loan.

Celsius Network: over 20 days of blocked withdrawals from the platform

It has been more than 20 days since Celsius Network blocked withdrawals and transfers from its platform. The first reason for doing so was directed at the critical external market conditions that would have put the platform in a state of standstill to pay off the crypto loans.

But even at that time, there was a suspicion that there was more to it, and that rather than a matter of stabilizing liquidity, the platform had, instead, shortcomings.

Moreover, during those days, it appears that someone opened a 17,919 WBTC position on Maker, borrowing 278 million DAI. The suspicion is that the address of who opened the position was that of Celsius.

Due to the inability to access their funds, many investors are on hold. It is not yet known when all activities will resume.

The price of the CEL token

Taking a look at the token of Celsius Network (CEL), it appears that there has been a price pump of +30% in the past 7 days, rising from $0.7 to the current $0.9, touching $1 on yesterday’s trading day.

At the time of writing, CEL has a total market cap of $217 million, and a crypto market dominance of 0.02%. It ranks 121st in the crypto rankings by market capitalization.

Despite the financial turmoil, Celsius has continued to pay weekly rewards to its users. But the rewards cannot be withdrawn because assets are still locked on the platform.

The post Celsius pays off loans for a total of $154 million in Bitcoin appeared first on cryptodailynews24.com.