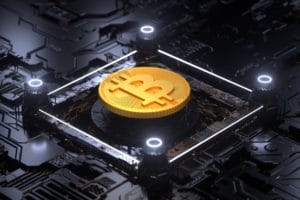 US: an energy giant is researching Bitcoin mining

US energy giant Duke Energy is studying a pilot project for Bitcoin mining.

This was revealed by Lead Rates & Regulatory Strategy Analyst, Justin Orkney, during an episode of Troy Cross‘ “Bitcoin, Energy, and the Environment” podcast.

Orkney is a bitcoiner, and thanks to him, Duke Energy is researching Bitcoin mining.

The pilot study would be based on responding to demand for energy produced from renewable sources, given that this production nowadays cannot be adapted to hourly peaks in demand.

During the podcast, Orkney talked about the problems facing the power distribution grid with the increase in electricity production from renewable sources, and how these problems could even worsen precisely because of this increase. He also suggested how Bitcoin to some extent could help solve, or mitigate, this problem.

The underlying problem with renewables is that, for many of them, production is neither programmable nor freely manageable. Indeed, in fuel-based power plants, production can be freely managed to align with peak market demand, but with sources such as solar and wind, production depends solely and exclusively on the availability of light and wind.

In theory, one solution could be to store the electricity produced so that it can be fed into the grid only when there is peak demand, but this solution at present is still far from being applied on a large scale.

Bitcoin mining, on the other hand, would allow excess production to be monetized when demand is low, such as at night, as they already do with flare gas in Texas. In other words, it would allow for the monetization of excess production, thereby making it less disadvantageous, and therefore more profitable, to produce energy in this way.

Renewable energy still tends to be uncompetitive with fossil-fuel-produced energy because it has a higher cost due in part to lower production efficiency. On an economic level, using excess production to mine Bitcoin in order to increase revenue would make the production itself more profitable, thus giving renewable energy producers a way to be able to reduce the cost of selling to the public.

It is therefore not surprising that Duke Energy is studying a pilot project to harness Bitcoin mining in this way, even though the company produces electricity using mainly coal, natural gas and oil, and partly nuclear power.

However, it owns a subsidiary, DERS (Duke Energy Renewable Services), which is focused specifically on renewable energy, with an installed capacity of about 1,700 megawatts. They are also building new wind farms with a total capacity of 240 megawatts, with an additional 1,500 megawatts in the planning stages.

It is possible that their interest in Bitcoin arises precisely because of those 1,500 megawatts of additional power in the planning stage, because including mining early on in the design phase could maximize yield.

Duke Energy in total operates electricity generation facilities with a combined capacity of 58,200 megawatts in the United States, and has 7.2 million customers.

The post US: an energy giant is researching Bitcoin mining appeared first on cryptodailynews24.com.