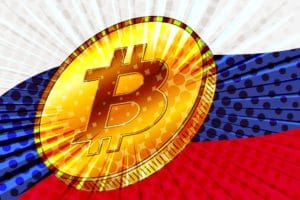 The head of the Russian Central Bank’s financial technology department, Kirill Pronin, said the country’s monetary authority would be ready to support the legalization of cryptocurrency mining.

The bank is placing a condition on the miners, namely that they must sell outside the country the coins they obtain through mining. In other words, the bank would not want BTC mined in Russia to be bought later by other Russians.

There has been a lot of confusion in Russia for several years now at the institutional level regarding the attitude to be taken toward cryptocurrencies. The Bank of Russia itself has been among the most ardent detractors of Bitcoin in the country, while the government has always seemed much more possibilistic.

This latest statement by Pronin seems to confirm the confusion that exists at the institutional level in Russia regarding cryptocurrencies, because cryptocurrencies do not actually have territorial limitations, as they physically reside on the blockchain that sits in thousands of computers around the world.

However, it marks perhaps a turning point, since until now it was precisely the Bank of Russia that had been the country’s main financial institution opposing the legalization of cryptocurrencies.

At this point Pronin’s appears to be a tentative opening, albeit one focused only on mining and not on use as a means of payment or investment.

To be fair, it has been a few weeks already that the Russian Central Bank’s stance toward cryptocurrencies seems to have softened somewhat, although for now it has not taken any concrete steps in this direction. Should Pronin’s proposal pass, it would for all intents and purposes be a concrete step toward some form of legalization, even if only of mining.

The Russian government seems to be more open to crypto, but not too open

In the meantime, Roskomnadzor, the Russian government agency in charge of controlling mass media and telecommunications, has blocked the website of Bits.media, one of the main crypto news organs in Russia. At this time, the website would be accessible abroad, but not at home.

According to the government agency, some pages on the website spread banned information. It is worth recalling that there is a real censorship of information activity in Russia with the government, through Roskomnadzor, effectively deciding what can and cannot be published.

Bits.media has reportedly been involved in a lawsuit concerning the promotion of laundering of illicitly obtained funds, and a ruling by the Volzhsky District Court of the city of Saratov ordered the site to be shut down.

The company said it was not informed of the proceedings at all, so much so that it gave them no opportunity to remove the offending pages.