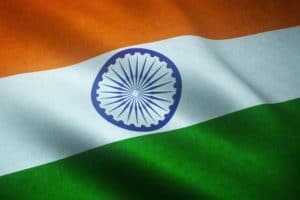 A gang of scammers who used to convert stolen funds into cryptocurrencies has been arrested in New Delhi, India.

The scam in India that used cryptocurrencies

To complete the deception, the scammers used cryptocurrencies so that they could cash out the gains obtained.

This was reported by local newspaper The Times of India saying that the gang would convert the deceptively obtained money into cryptocurrencies by buying USDT on an unspecified crypto exchange.

In addition, one of the gang members was receiving a commission in USDT, which he would then redeem in fiat in his bank account.

The gang of cyber fraudsters deceived people under the guise of facilitating loans.

Police found that the perpetrators used to send spam messages informing recipients that their loan applications had been approved. The messages also contained a link on which victims were invited to click to obtain the loan.

This page required victims to enter their information, including their phone number. Once sent, the scammers would call the victims and ask them to deposit a percentage of the amount to be borrowed in advance, promising that it would be repaid later.

Of course, as soon as this deposit was made in advance, the scammers would cut off all communication.

The police also revealed that the defendants claimed to have come up with this idea by watching videos on the Internet.

In fact, the conception of such a scam was apparently of Chinese origin, so much so that among the WhatsApp numbers used by the gang the police also found one from China. It is possible that the cryptocurrencies were used precisely to pay a commission to the Chinese creators of the scam.

How was the scam discovered

The investigations began thanks to a complaint from a person defrauded of 40,000 rupees (about $500).

Deputy Police Commissioner Pranav Tayal said that during the investigation, they discovered that the amount had been transferred to a bank account in Neemuch, Madhya Pradesh.

At that point, they discovered that several funds in Indian rupees had been transferred to the same bank account within just two days, and then used to purchase cryptocurrencies.

Police then also seized a BMW from the gang members.

The post India: arrested gang that was using cryptocurrencies appeared first on cryptodailynews24.com.